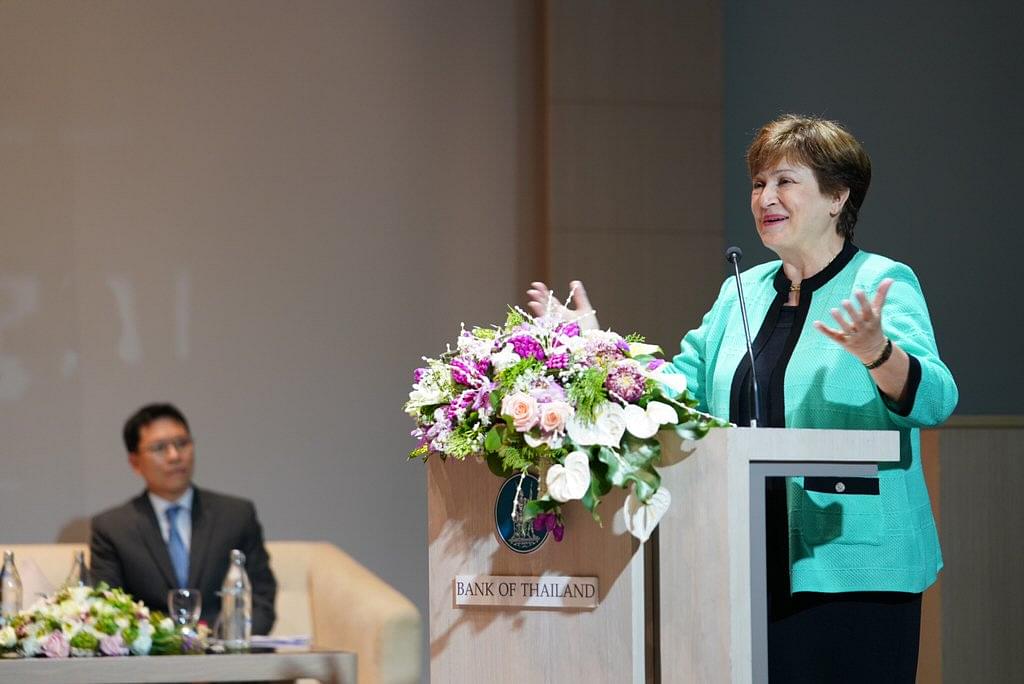 "It is a welcoming sign that we now have the phase-one deal, sign in terms of reducing some of the uncertainty," Georgieva said on Friday (17 January) during an event hosted by Peterson Institute for International Economics, a Washington-based think-tank.

The IMF chief said her organisation is making some projections around the impact of more certainty, which will be shared on Monday as part of the World Economic Outlook to be released at the World Economic Forum in Davos, Switzerland, Xinhua reported.

The multilateral lender expects the trade deal to support the growth of China's gross domestic product (GDP), Georgieva said. "It brings China in the parameters around the 6-per cent growth for 2020, rather than below," she said.

In October, Georgieva warned that trade tensions were "taking a toll" on global growth, at a time when the global economy was going through a "synchronised slowdown".

According to the IMF's earlier calculation, the cumulative effect of the US-China trade conflict, provided no actions taken, could mean a loss of 0.8 per cent of global GDP, or around $700 billion by 2020.

"What we are seeing now is that we've some reduction of this uncertainty, but it's not eliminated," Georgieva said, adding, "we would see shrinkage of this negative impact, but not the eradication of this impact."

United States and China have signed a 'Phase-1' trade deal that holds the promise of defusing tensions between the two economic powerhouses after 18 months of barbs and sanctions that have hurt manufacturers on both sides and raised tensions across global markets.

US President Donald Trump and China's chief negotiator Liu He on Wednesday (15 January) inked an agreement that will relax sanctions on China. China, in turn, will increase purchases of mainly US farm products.

Chinese President Xi Jinping has hailed the deal as "good for China, the US and for the whole world", while Trump called it an "unbelievable deal".

As things stand today, the Trump administration has abandoned plans to slap tariffs on an additional $160 billion in Chinese imports and has halved existing tariffs on $110 billion of Chinese imports. The Trump government says China is all set to buy $40 billion a year in US farm products.