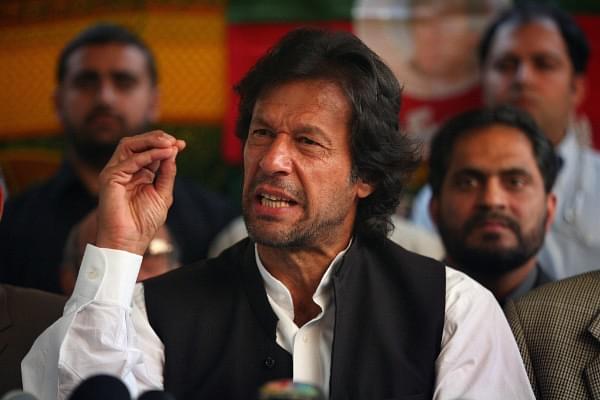 In an embarrassment for the Pakistani Prime Minister Imran Khan, who is on an official visit to the United States, ten US Congressmen have written a letter to the President Donald Trump asking him to raise the issue of human rights abuse, including forced conversions of Hindus in Pakistan’s Sindh province, during his meeting with the premier of the Islamic nation.

As per the letter, signed by US Congressmen Brad Sherman and 9 others, the Pakistan has been receiving US aid and assistance totaling some $30 billion since 2001 to improve social and economic conditions, besides promoting good governance. However, the letter states that these improvements have not happened.

“As you seek to change Pakistani behavior on issues like terrorism, it is essential that you also push the Pakistani government to improve the lives of its citizens. For this reason, we urge you to bring up these issues in your conversation with Prime Minister Khan," the letter said.

In the letter, the Congressmen said that the Sindh province in Pakistan was the most affected by “numerous economic and social injustices, often at the hands of the Pakistani government,"

The letter alleged that injustices in Sindh Province are deliberately carried out by the Pakistani state and its supporters.

“This is the case with forced conversions, where young Hindu and Christian girls are kidnapped and forced to convert to Islam," the letter said.

#BREAKING: Huge embarresment for Pakistan PM Imran Khan during his US official visit.10 members of US Congress write to the President @realDonaldTrump on forced illegal conversion of minority Hindu and Christian girls in Sindh, Pakistan. Pakistan Govt remains mute on the charges. pic.twitter.com/LfCK0aoEXr

“Often, they are then married off to men decades their senior. According to an independent Pakistani watchdog group, there were around 1,000 cases of forced conversions in Sindh Province in 2018 alone. The actual number is certainly higher,” the letter said.

“Shockingly, there are no laws in Sindh banning forced conversions. There is a law preventing children from being married without parental permission, but this is largely ignored in cases of forced conversions," it added.