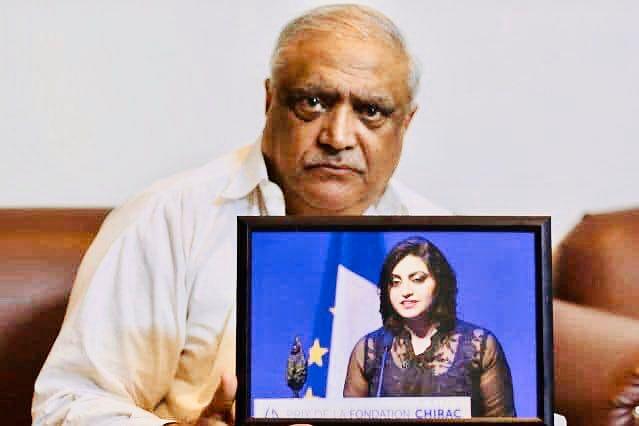 "We encourage Pakistan to uphold citizens' rights to peaceful assembly, expression, and due process," Dawn news quoted Wells, who is also the in-charge of South Asia affairs at the State Department, as saying in a Twitter post.

On Thursday (23 October), Ismail alleged that her father had been picked up from outside the Peshawar High Court.

In a tweet on Friday (25 October), Ismail said she had received information that her father had been brought to the court premises.

"He is in bad shape, seems untested, unwell and hypertensed," she added.

Earlier, the activist had criticised the silence of the mainstream Pakistani media following her father's alleged abduction.

"I've run out of words to condemn the criminal silence of media; it has become an ally of (the) military in imposing unannounced martial law," she added.

In September, a New York Times report said that Ismail had escaped Pakistani authorities the previous month and had reached the US, where she applied for political asylum.

She had not disclosed how she managed to leave the country, but she revealed to the newspaper that "I didn't fly out of any airport".

In November 2018, the Islamabad High Court was informed that the Inter-Services Intelligence (ISI) had recommended putting Ismail's name on the Exit Control List (ECL) for her alleged anti-state activities abroad, Dawn reported.

Following a petition by Ismail challenging the government's decision to put her name on the ECL, the Islamabad High Court had ordered the removal of her name from the list.

According to the New York Times report, Ismail had remained a fugitive since May.