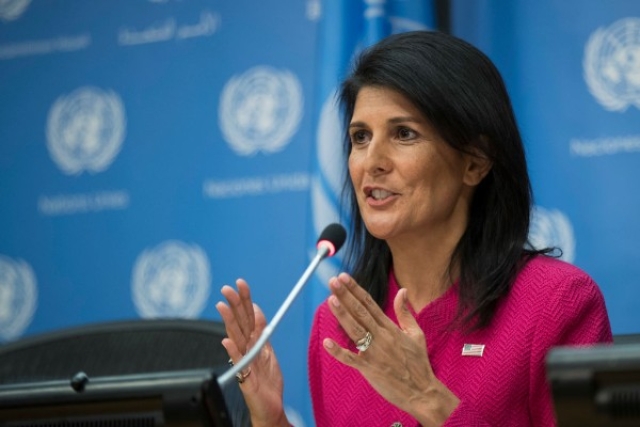 Haley was speaking at an event organised by "Indian Voices for Trump" in the State of Philadelphia. Speaking in a no-holds-barred fashion, she said, "China is our absolute number one threat right now, a huge national security threat."

Haley added that President Trump has put China "on notice".

Addressing the gathering, Haley emphasised that President Trump had made sure Beijing does not steal American intellectual property. She also asserted that China cannot spy on US' universities and that the US is going to hold China accountable.

Haley's scathing remarks on China come at a time when the bilateral relations between the world's two largest nations have vitiated sharply in the recent times over a wide gamut of issues including the origin of COVID-19 disease, disputes on the trade front, and geopolitical upheaval in Hong Kong and the Indo-Pacific.