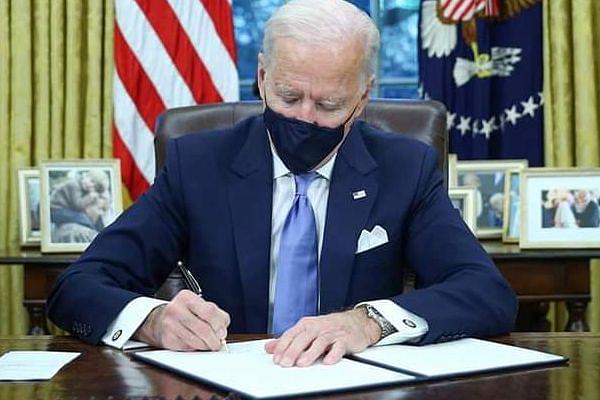 Following the Myanmar Army's move to take over the helm of affairs in the nation via a coup, United States (US) President Joseph Biden has threatened to reimpose sanctions on the nation, reports Times of India.

Condemning the military establishment's coup against the civilian government in Myanmar, President Biden has called for a concerted international response to press the Myanmar Army to relinquish power.

President Biden has also asked the Myanmar's military establishment to release the detained activists and officials. It should be noted that several elected representatives, including Nobel laureate Aung San Suu Kyi, have been detained by the army.

President Biden has called the development a "direct assault on the country's transition to democracy and the rule of law." He emphasised that the US had removed the sanctions on Myanmar over the past decade based on the nation's progress towards democracy.

"The reversal of that progress will necessitate an immediate review of our sanction laws and authorities, followed by appropriate action," Biden said in a statement.