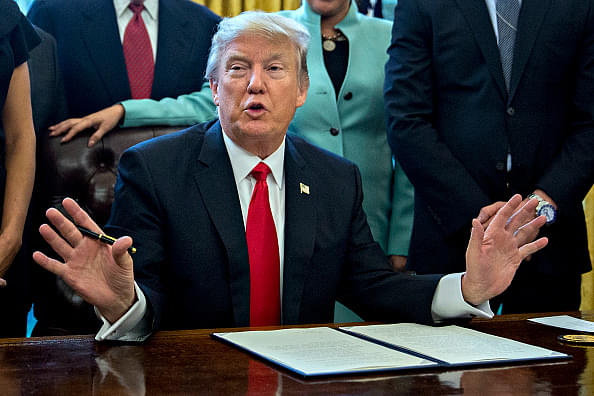 The United States government has made provisions to relax some of the rules for H-1B visa holders to allow them to enter the country in case they return to the same jobs they had before the visa ban was proclaimed.

The US Department of State released an advisory on the same and said that the dependents such as spouses and children of the visa holders will also be able to travel with them, news agency ANI reported.

"Travel by applicants seeking to resume ongoing employment in the United States in the same position with the same employer and visa classification," the advisory said.

In specific, the Trump administration allowed technical specialists, senior-level managers, and other workers with H-1B visas to travel to the US as they might contribute to the country's efforts to recover its economy.

Healthcare professionals, medical researchers have also been allowed to enter the nation as they might help the US fight the Covid-19 pandemic.

President Donald Trump had on 22 June signed a proclamation till the end of this year due to the major outbreak of novel coronavirus in the US.