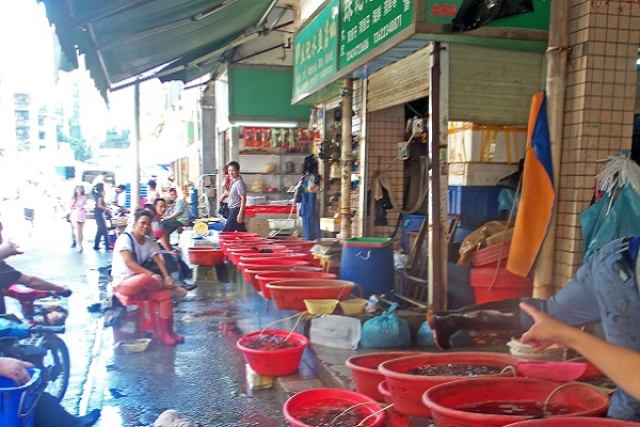 United States (US) Secretary of State Mike Pompeo said on Wednesday (22 April) that the US has asked China to shut all its wildlife wet markets, claiming that they might be responsible for many zoonotic diseases, Reuters reported.

These wet markets which are notorious for selling bushmeat, are alleged to have caused the current Covid-19 pandemic when a meat eating human contacted the SARS-CoV-2 virus from animals sold at such markets like bats or pangolins.

However, it was earlier reported that these markets in China selling meat of bats, scorpions, cats and dogs have begun reopening in the country.

As per a Daily Mail report, this reopening of wet markets is the country’s way of “celebrating its victory” on coronavirus. It adds that despite reopening the controversial markets no efforts have been made to increase the hygiene standards to prevent a similar outbreak in the future.

The report claims that many in China now believe that the pandemic is now over domestically and are going back to patronising the wet markets.

“The markets have gone back to operating in exactly the same way as they did before coronavirus”, the report quotes its correspondent as saying. The only difference is that security guards now prevented photography of the marketplace.