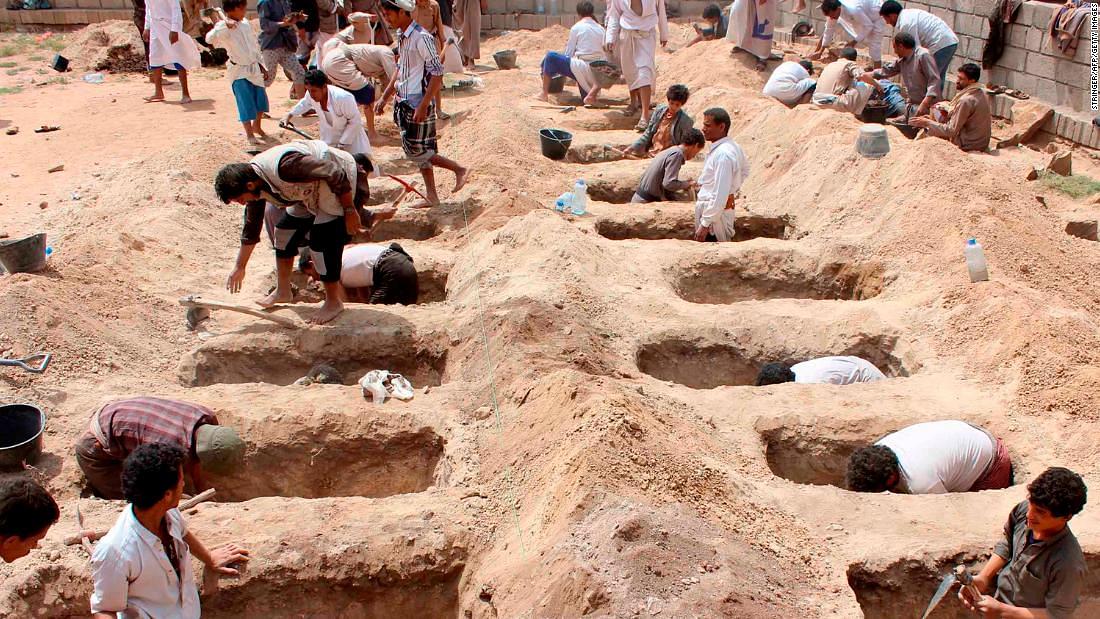 Graves being dug in Yemen (@Sowellnomics/Twitter)

Following a strike on school bus that killed 40 children earlier this month (August), US Government has issued a warning to Saudi Arabia that it would reduce the military and intelligence support for its campaign against rebels in Yemen reports CNN.

Defense Secretary James Mattis and General Joseph Votel, head of US military operations in the Middle East, are deeply concerned that the US is supporting a Saudi-led campaign of airstrikes that have killed large numbers of civilians.

It is not clear whether President Donald Trump, who views the Saudis as an essential ally, would agree to a reduction of support. Since a series of airstrikes in which a large number of civilians where killed, the State Department, have now delivered direct messages to the Saudis about limiting civilian casualties.

Previously President Barack Obama had banned the sale of precision-guided military technology to Saudi Arabia over “human rights concerns”. The ban was overturned by the Trump administration's then-Secretary of State Rex Tillerson in March last year.

The UN condemned the Saudis after another set of airstrikes that killed 30 people, including 22 children, in a rebel-held area in northwestern Yemen last week.