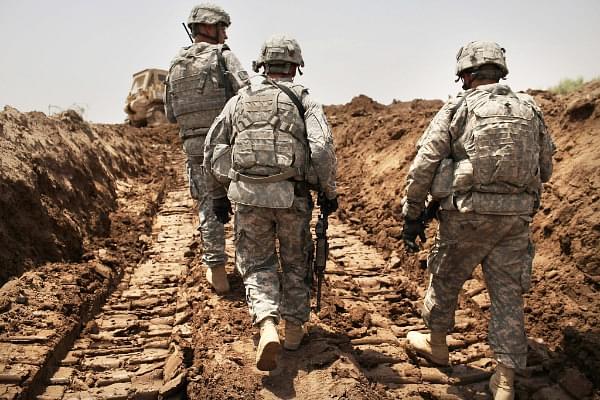 The US will send 750 soldiers to the Middle East, following an attack by pro-Iranian protesters on the US embassy in Baghdad.

US Secretary of Defence Mark Esper said on Tuesday (31 December) that the US will deploy the troops immediately to the Middle East, a move taken hours after demonstrators stormed its embassy.

"Approximately 750 Soldiers will deploy to the region immediately and additional forces from the IRF are prepared to deploy over the next several days," said the Pentagon chief in a series of tweets on Tuesday evening, reported Xinhua news agency.

The IRF refers to the Immediate Response Force of the 82nd Airborne Division.

"This deployment is an appropriate and precautionary action taken in response to increased threat levels against US personnel and facilities, such as we witnessed in Baghdad today," Esper added.

The Pentagon's decision came hours after hundreds of demonstrators, mourning for the Hashd Shaabi members killed in a US attack in Iraq on Sunday, stormed the US embassy in Baghdad's Green Zone.

US President Donald Trump blamed Iran for "orchestrating an attack" on the embassy in a Tuesday morning tweet.