US To Give India Its ‘Romeos’: Approves Sale Of 24 MH 60 Anti-Submarine Seahawk Helicopters Worth $2.4 Billion 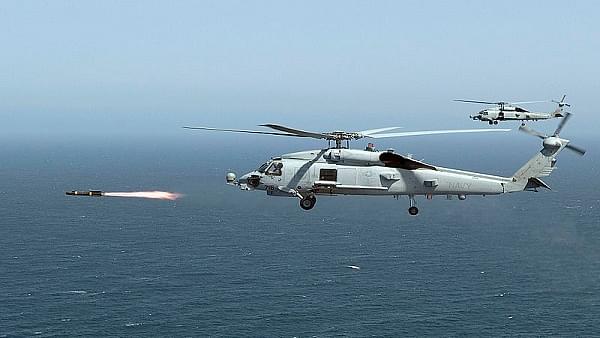 The US has approved the sale of 24 MH-60 ‘Romeo’ Seahawk helicopters to India at an estimated cost of $2.4 billion, indicating deeper defence ties between the two countries, reports Indian Express.

The US State Department notified the US Congress on Tuesday (3 April) that the Donald Trump administration had given its go-ahead for the sale to India.

“The sale, at an estimated cost of $2.4 billion, will improve the security of a major defensive partner which continues to be an important force for political stability, peace, and economic progress in the Indo-Pacific and South Asia region,” said the notification.

The Indian Ministry of Defence (MoD) on 25 August (2018) had cleared the decks for the navy to go ahead and contract for 24 Lockheed Martin-Sikorsky MH-60 Romeo maritime helicopters in a government-to-government deal with the Pentagon. These will replace India’s old fleet of Sea King anti-submarine/utility helicopters.

“The proposed sale will provide India the capability to perform anti-surface and anti-submarine warfare missions along with the ability to perform secondary missions including vertical replenishment, search and rescue, and communications relay,” added the notification.

Also Read: The Challenges That Remain In The Burgeoning Indo-US Defence Ties