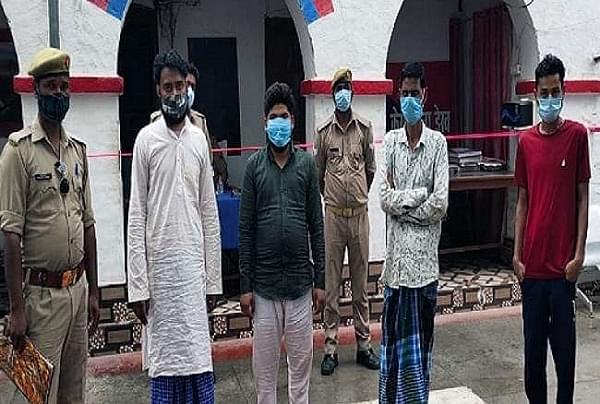 Four persons including a Muslim cleric were arrested by Kannauj police on Tuesday (18 May) for raising pro-Pakistan slogans.

Police have booked 15 people and arrested four under IPC section 153-B (imputations, assertions prejudicial to national integration) and 505 (2) (statements creating or promoting enmity between classes) among others after taking cognizance of the video which had gone viral on social media.

According to police, the video was of 15 May at the Jalalabad crossing.

The four arrested have been identified as Mohammad Afzal, an imam of a local mosque who hails from Kanpur Dehat, Salman, Shahid, and Meraj alias Chottu – all residents of the area, reports The Indian Express.

Indicating increasing radicalization among the community, there is a rise in incidents of raising of pro Pakistan slogans in Uttar Pradesh.

Last week, a newly elected village pradhan, was arrested in Sitapur for raising pro-Pakistan slogans during their victory procession.