Uttar Pradesh: No Hesitation In Imposing NSA On Those Abetting Cheating In Board Exams, Says Deputy CM Sharma 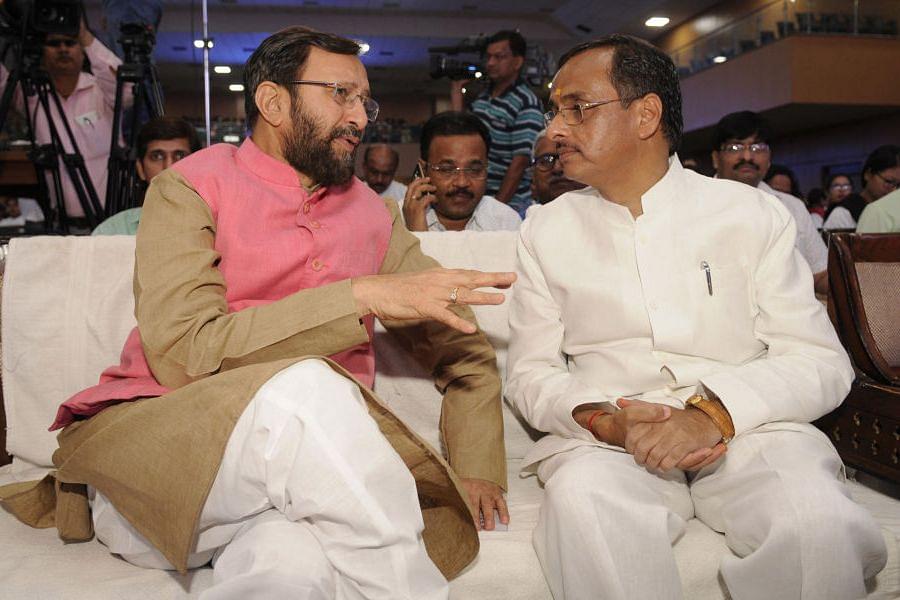 Union Minister for HRD Prakash Javadekar being greeted by UP deputy CM Dinesh Sharma at the CMS conference on Content of Education for the 21st century, on May 8, 2017 in Lucknow, India. (Photo by Ashok Dutta/Hindustan Times via Getty Images)

Stressing on the state government’s seriousness in dealing with the use of unfair means during examinations, Uttar Pradesh’s Deputy Chief Minister Dinesh Sharma has said that the government might use the National Security Act (NSA) to check cheating in the upcoming state board exams, Indian Express has reported.

NSA is a strict law that allows preventive detention for months in case the authorities are satisfied that a person is a threat to national security or law & order.

Sharma also said that the examination centres in the state which have reported maximum cases of cheating would be put under strict monitoring by the government. Furthermore, Sharma added that Aadhaar of the students have been linked with registration at ‘sensitive’ exam centres to curtail the use of unfair means during the state examinations.

The state board exams are scheduled to start on 7 February and are to be conducted over a span of 16 working days.