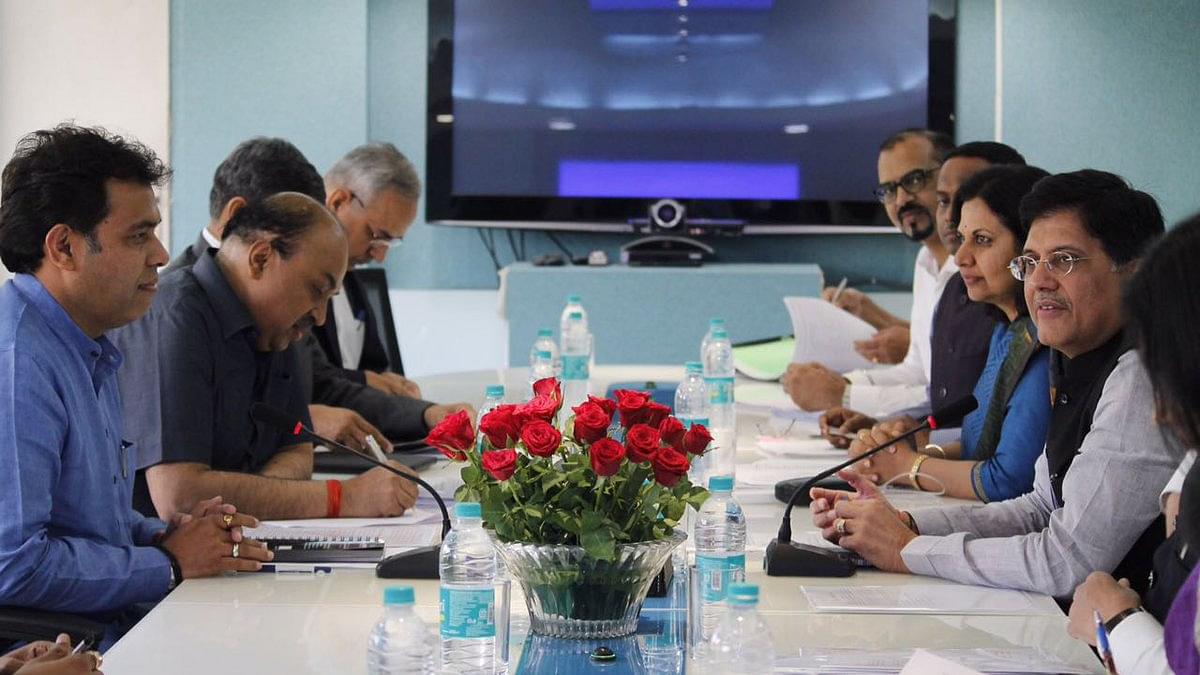 During a meeting, Shrikant Sharma told Piyush Goyal that a roadmap was being prepared to provide 24x7 power for all households in the state. (Piyush Goyal Office/Twitter)

The power sector in Uttar Pradesh is likely to be revamped in the next 24 months. The “marathon meeting” between Union Minister of State (IC) for Power, Coal, New & Renewable Energy and Mines, Piyush Goyal, and Uttar Pradesh’s Minister of Energy, Shrikant Sharma, along with senior officers of the state’s power department, focussed on drawing up a roadmap for the revamp, according to a government press release.

Goyal spoke of introducing a power revolution in the state,

We have to bring an Urja Kranti in UP and we will work together to achieve it.

The state’s power department, revealed Sharma, aims to provide 24x7 affordable quality power for all – an aim that Goyal is no stranger to. Sharma told Goyal that a roadmap was being prepared to achieve this goal. During the meeting, it was also decided that Uttar Pradesh would sign the “power for all” document with the centre by mid-April 2017.

The Union power minister emphasised that corruption ought not to be tolerated in the state and the power sector be made efficient by eliminating power theft through strict monitoring. He also stressed on ensuring speedy implementation of ground-level electrification so that real progress on the ground was seen.

Among the key decisions taken at the meeting include: