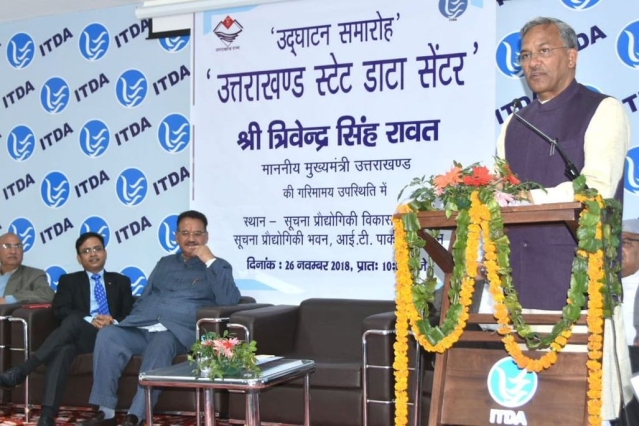 Rawat while speaking at the inauguration said that the data centre will serve as a one-point stop for information regarding all the state government’s services and will play an important role in simplifying e-governance in the state.

“The establishment of a data centre like this one will definitely benefit the state. Information on all government departments will now be available at one place. It will also help in speeding up our activities and save energy,” Rawat said.

The state data centre has 105 terabyte memory capacity, which can be expanded up to 12 petabyte.

Rawat added that the system was required for enabling the government to start and implement projects in a time-bound manner. “A state-of-the-art data centre which the state had long been waiting for is a step in that direction,” he said.

Information Technology Development Agency (ITDA) of the Uttarakhand government has developed the three-tier state data centre. The centre is the first in the country to implement 100 per cent software-based Hyper Converged Infrastructure technology.