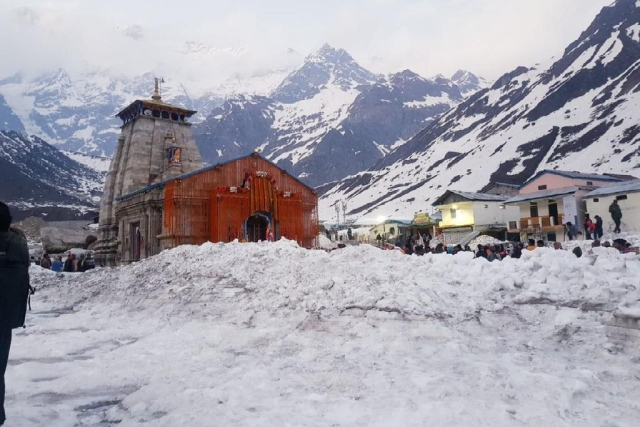 With the general election approaching its fag end, Prime Minister Narendra Modi is likely to visit the revered Himalayan shrines of Shri Kedarnath and Shri Badrinath in Uttarakhand, reports Jagran.

The portals of Shri Kedarnath and Shri Badrinath were opened for devotees on 9 and 10 May respectively.

The officials of the Badri Kedar Tempe Trust Committee (BKTC), which manages the shrines, have been asked to coordinate with the administrative officials about the PM’s visit on Saturday (18 May).

According to the report, the state media cell head of Bharatiya Janata Party Devendra Bhasin said that PM Modi will be visiting Shri Kedarnath temple on 18 May and Shri Badrinath temple on 19 May.

“We have enough accommodation for PM Modi and his staff so that (stay) won’t be an issue,” vice chairman of BKTC Ashok Khatri said, as reported by News18.

PM Modi keeps visiting the Kedarnath shrine and last year was present at the opening and closing of its portals. The Prime Minister’s Office has been instrumental in the restoration of the Kedarnath valley after the June 2013 flashfloods that killed over 5,000 people.