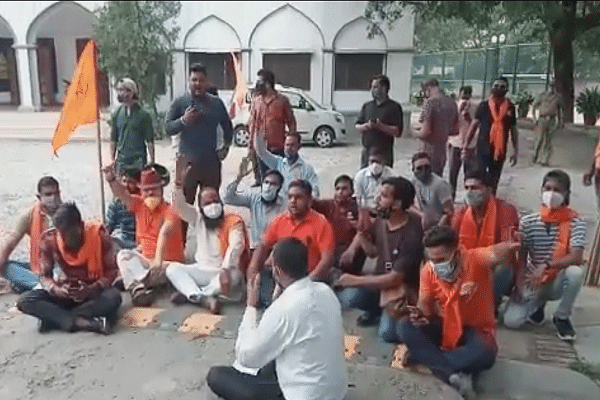 A prominent school in Dehradun floating a tender for only 'Halal' meat has triggered a controversy in the capital city of Uttarakhand as the Hindu outfits have asked the police to take action against the school management for hurting religious sentiments of Hindus.

Welham Boys School, which is one of the oldest and reputed residential schools in the country, had on Sunday (26 June) floated a tender in a local news daily, inviting suppliers for various food items for school mess. In the list of food items, only 'Halal' meat was listed in the tender.

Opposing the move, several activists of Hindu outfit Bajrang Dal held a protest at school premises and shouted slogans against the school managament.

The Hindu activists said that majority of the students as well as staff in the school are Hindus and serving 'Halal' meat was an insult to their religion.

The activists also filed a complaint at Dalanwala police station and demanded action against the school management.

Meanwhile, the school administration has termed the controversy over the meat as "unnecessary".

“We floated a tender for the halal meat and next will float tender for the non-halal meat,” Mahesh Kandpal, Welham School's vice principal was quoted by News18 as saying.