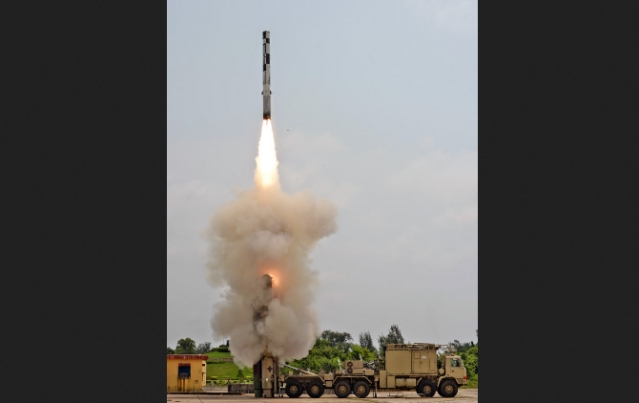 The BrahMos supersonic cruise missile, which flies almost three times the speed of sound at Mach 2.8, was successfully tested today from the Integrated Test Range at Chandipur under extreme conditions, India Today reported.

Breaking: #BrahMos supersonic cruise missile test fired from Odhisa coast. Test is successful. Test fired in extreme weather conditions. As bad a weather can be in case we launch a missile in case of war. Waves as high as 7 metres, wind speed extremely high @nsitharaman

This development comes after India successfully tested the missile with an Indian-made seeker in Rajasthan’s Pokhran in March. India has been developing seekers for a number of its ingeniously developed missiles.

This test of BrahMos comes just months after India successfully test-fired an air-launched version of the missile, called BrahMos-A, from a Su-30MKI fighter of the Indian Air Force (IAF) over the Bay of Bengal.

India plans to modify Su-30MKIs of the IAF to carry the air-launched BrahMos missile. The effort to arm IAF’s upgraded MiG-29s, Rafale jets and Indian Navy’s MiG-29Ks are also underway. For this, lighter and smaller-diameter versions of the supersonic cruise missile are being developed.

Also Read: Why Su-30 Plus BrahMos Will Be India’s Most Potent Weapons Package