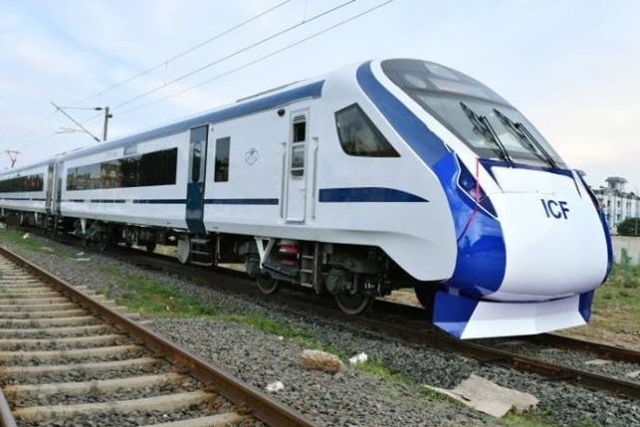 Adding new speed record for the Indian Railways, Vande Bharat Express has become the first train in India to clock average speed of over 100 Kmph between Delhi and Prayagraj, reports Financial Express.

By beating premium trains like Rajdhani, Shatabdi and Gatiman Express over average speed, Vande Bharat has become the first train to maintain sustained speed of above 100 km per hr between the ever-busy Delhi and Prayagraj route.

The train runs at a speed of 102.70 km per hour between the two stations. During its run in the Northern Railway zone, the train clocks average speed of 76 km per hour. It takes around 6.08 hours to reach Prayagraj from Delhi.

A week ago, Vande Bharat Express created a punctuality record by being on time on virtually all days after commencing operations.

Vande Bharat Express under the train number 22436/22435, Delhi-Varanasi-Delhi, leaves from the New Delhi railway station on every Sunday, Tuesday, Wednesday, Friday and Saturday at 6.00 AM to reach Varanasi at 2.00 PM. The train departs Varanasi the same day at 3.00 PM to reach New Delhi at 11.00 PM.