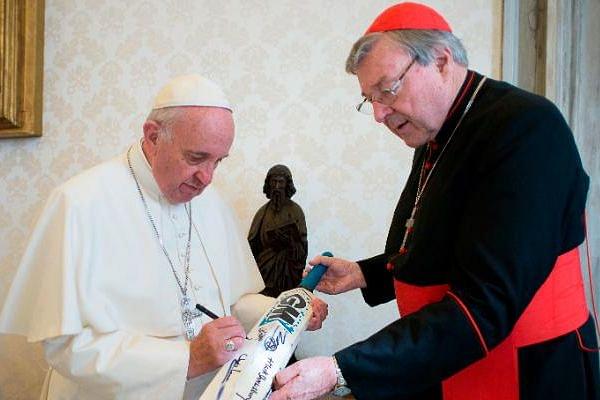 Following conviction of Cardinal George Pell in child sex abuse case, the Catholic Church has started its own internal investigation against him, reports The Guardian.

Pell is the senior-most Catholic priest in Australia and was serving as the Vatican’s treasurer. BBC calls Pell ‘certainly the most senior churchman’ to have been convicted of offences against children.

The probe could lead to the Church taking away priesthood from Pell. The conviction of the cardinal at this point is specially embarrassing for the Church since ironically, only a few days ago Pope Francis had conducted a major meeting with Church leaders on combating sexual abuse of children by the clergy. In the past, the Pope has also praised him for his ‘honesty’.

Pell maintains that he is innocent, and is looking to appeal the conviction against him.

Previously the third most powerful leader in the Vatican, Pell has now been remanded to police custody after being sentenced by the court for sexually exploiting two choir boys in 1996 and 1997.

Pell was archbishop of Melbourne in 1996 when he sexually assaulted two 13-year-old boys in cathedral rooms following a mass, after telling them they were in trouble for drinking communion wine. The prosecutors said that he abused one of the boys again in 1997. The court heard testimony from one of the victims. The other died of a drug overdose in 2014.

Recounting how the priest had sexually assaulted him when he was a minor, the abused complainant, who is now 35, says that he didn't come out with his harrowing experience at that time because he was afraid of losing his scholarship at the Catholic school where he studies, stating that the cardinal was a man who “emanated an air of being a powerful person”.

Pell’s conviction comes on the heels of another former Catholic priest, Theodore McCarrick, who also served as the archbishop for Washington, DC, being found guilty of sexually abusing minors as well as adults.