Visual Pollution: Illegal Flexes And Banners In Bengaluru To Invite Criminal Cases From Here On 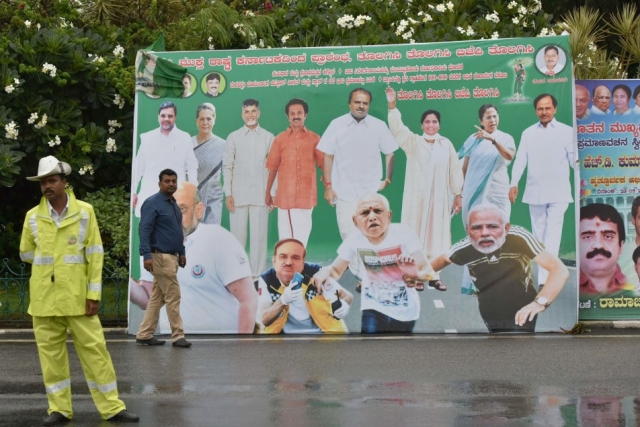 A poster put up in Bengaluru. (Arijit Sen/Hindustan Times via Getty Images)

Putting up banners and flexes without prior permission from BBMP authorities will now invite criminal cases, Deccan Herald has reported.

Acting on the Karnataka High Court’s orders to crack down on ‘visual pollution’, BBMP Commissioner N Manjunath Prasad asked the city police to start booking criminal cases against such offenders.

The cases will be registered under the Karnataka Open Places Prevention of Disfigurement Act which has the provides for a upto six months imprisonment for putting up illegal banners. FIRs will also be filed against those who prevent or oppose such removal drives.

The BBMP is currently on a massive banner removal drive with the involvement of almost 2,000 people.

“We have removed at least 7,000 flexes, banners and buntings until now. Since there is not much time, the drive will continue overnight as I have sought (from) the high court 24 hours to remove the remaining ones in the city,” Prasad said.

The High Court had directed the BBMP counsel to submit photographs of all the places that had been cleared of the flexes and posters by Wednesday (1 August) but the BBMP commissioner had sought 24 hours more from the court.