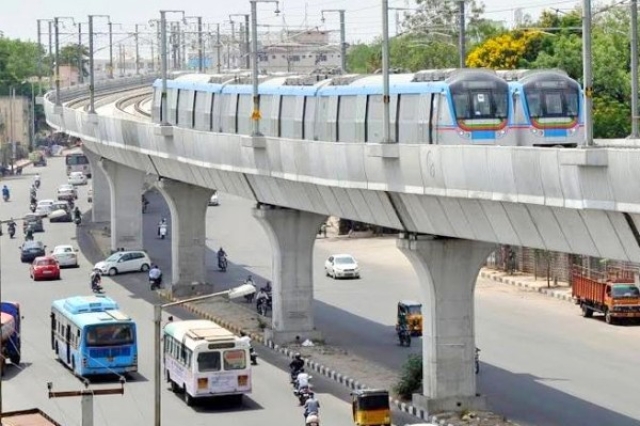 The Vizag Metro has received five bids from construction firms from whom the final developer who would be selected via Request for Quotation (RFQ). The firms are Adani Enterprises Limited, TRIL Urban Transport Private Limited, Shapoorji Pallonji and Company Private Limited, Essel Infra Projects Limited and IL&FS Rail Limited.

The Chandrababu Naidu government in June 2014 formed the Amaravati Metro Rail Corporation Ltd (AMRC) as a special purpose vehicle (SPV) to implement metro rail project in Vijayawada and Vizag. The project is expected to be developed along the lines of Public-Private Partnership (PPP) as reported by Metro Rail News.

The project will be made into three corridors covering 42.55 km at the estimated project cost of Rs 8,800 crore.

In order to proceed without hiccups like the Hyderabad Metro, the AMRC is outlining the plans with the help of specialists in the field.

The officials of AMRC said that to avoid heavy losses in the early stages of the project, they have studied the operating losses of Hyderabad Metro and decided to have latest trends incorporated in the primary stage itself, as reported by Hans India.