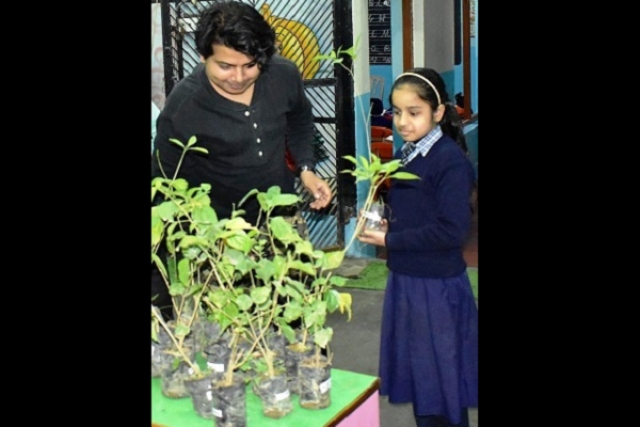 Activist and popular social media personality Anshul Saxena donated 42 saplings to school students in the memory of CRPF martyrs who lost their lives in the dastardly Pulwama terror attack a year ago.

42 plants in the name of 42 Pulwama Martyrs given to Students. pic.twitter.com/kg4St7D4h7

In the video Saxena can be seen distributing saplings labelled with the names of all the Pulwama martyrs, among school students. This was commended by various social media users who praised him for his initiative.

Earlier, Saxena had also made an appeal to people to plant a tree in the name of the martyrs and also look after them.

Saxena, a well known social activist was also responsible for spreading the Potters Ki Diwali movement ahead of the festival last year. Under this initiative Diwali shoppers were encouraged to buy diyas from artisans and potters so that they too could flourish during the festival season.