Watch: After Alleged Rape Of Minor, UP, MP And Bihari Migrants Flee Gujarat Due To Backlash From Locals 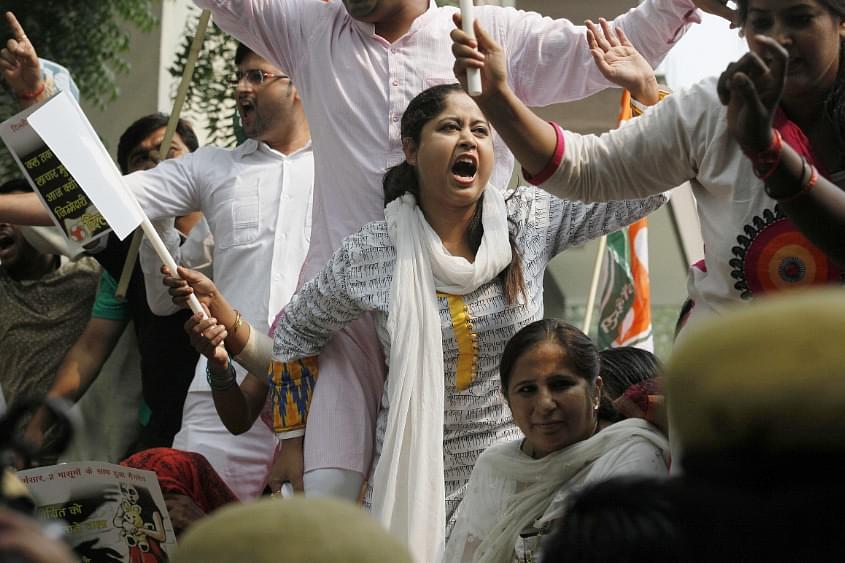 Earlier, Swarajya reported that nearly 180 people have been arrested in Gujarat for allegedly targeting migrants from Uttar Pradesh and Bihar, Gujarat police said on Friday (October 5). Ravindra Sahu, a migrant from Bihar, had been earlier arrested for allegedly raping a 14-month-old girl in Sabarkantha.

Violent protests had erupted against migrants in the districts of Gandhinagar, Ahmedabad, Patan, Sabarkantha and Mehsana. Ahmedabad’s Chanakyapuri flyover is witnessing scores of passengers waiting for their buses to go back to their homes in the states of UP, Bihar and Madhya Pradesh.

It is said that landlords have started asking the Hindi speaking crowd to move out of their houses, The Indian Express reported.

Migrants from Bihar, Uttar Pradesh and Madhya Pradesh leave for their villages from Ahmedabad after the alleged rape of a 14-month-old girl triggered revenge attacks against "non-Gujaratis". (Source: Express video by Javed Raja)https://t.co/yAW7MgEESa pic.twitter.com/SPsSSCT3Hj

It is said that nearly 1,500 migrants have left Gujarat already after receiving death threats from mobs in different cities. Nearly 20 buses with 80 passengers each have already departed to the three states. Fear is being spread like ‘wildfire’ even on social media. Gujarat police had earlier said that the miscreants were using Facebook and WhatsApp to send messages.