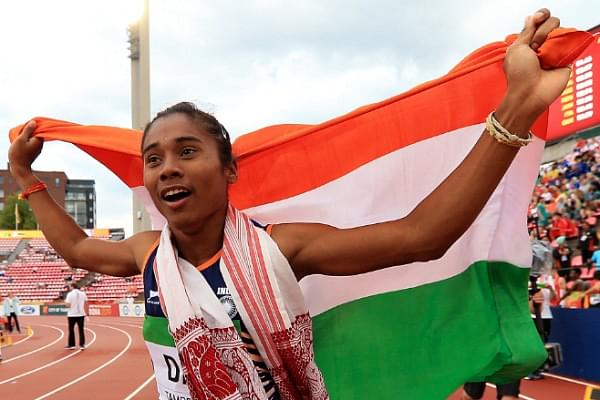 Das, who hails from Assam says that she felt encouraged when the PM and President took to Twitter to congratulate her. She felt supported on social media, and said it helped her get over nervousness since she felt inexperienced.

You have seen @HimaDas8 create records at the Asian and World stage. Here she stalks about her outstanding achievements and commonality between herself and PM Modi :) https://t.co/DZbu0JhRcl pic.twitter.com/Nynwbg6RYS

She said that the Prime Minister has done much towards improving the face of sports in India, with schemes like ‘Khelo India’, and went on to praise his North-East policy.

She also said that tea is something that PM likes, and she comes from a place (Assam) where tea is extensively grown.