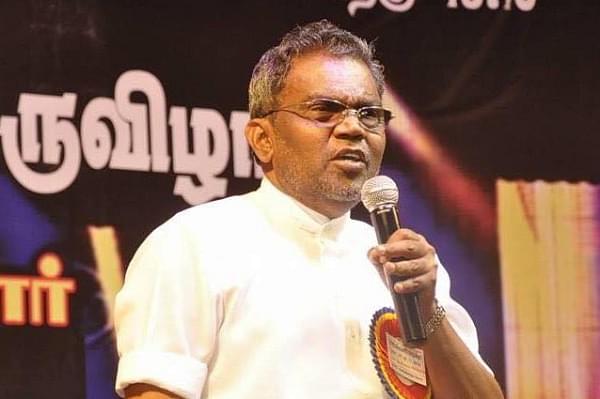 After evangelist Mohan Lazarus described Hindu temples in Tamil Nadu as Satan’s stronghold, another evangelist Augustine Jebakumar has ridiculed the Indian Army, particularly its role as a peace-keeping force in Sri Lanka.

In an undated video that is being circulated on social media, Jebakumar, who runs the Gospel Echoing Missionary Society (GEMS) - a non-government organisation - in Bihar, calls the Indian Peace Keeping Force as “peace killing force” and alleged that this is how it is termed as in Sri Lanka.

Abusing and accusing the Indian Army in the middle of a sermon, this is how they spread poison to people. pic.twitter.com/0mgam41Dvn

His speech was with reference to the assassination of former prime minister Rajiv Gandhi and Jebakumar alleges that the IPKF had carried out atrocities, including on women.

He then says that a woman angered by IPKF action turned into a human bomb against Gandhi. He also said that the assassin was against Gandhi’s policies and hence targeted him.

Last week, another view of Jebakumar did the rounds which showed him mocking Hindu Gods Hanuman and Ganesha.

One person, commenting on the video, said that Jebakumar should limit himself to talking about religion. Another called for a defamation suit against the preacher.