Watch: CRPF Jawans Carry Boy Suffering From Jaundice In Naxal-Affected Sukma To Their Camp; Save His Life 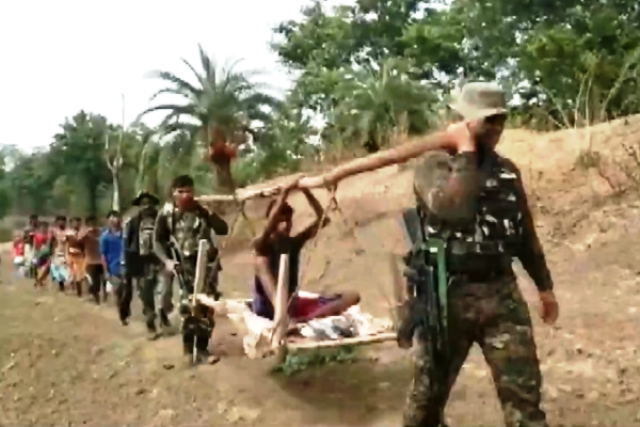 Boy being carried by CRPF jawans for treatment

CRPF Jawans part of the 231 battalion saved the life of a 13-year-old boy who was suffering from severe jaundice by carrying him to their camp for medical treatment, ANI has reported.

A video of the CRPF jawans carrying the boy was posted by ANI:

Chhattisgarh: While patrolling on June 6, troops of 231 battalion CRPF found a severely ill 13-year-old boy in Gumodi village.The troops carried the boy on a cot for 8 km & got him treated in their camp Kondasavli in Sukma.He was found to be suffering from jaundice; is stable now pic.twitter.com/MiFKBss5EY

The boy - a resident of Gumodi village was carried all the way to the CRPF camp on 6 June in Sukma’s Kondasavli using a suspended cot which was carried by two jawans. The boy is now stable after receiving treatment at the CRPF’s health centre.

A similar act of kindness was recently reported from Srinagar when a CRPF jawan on duty was seen feeding a hungry paralysed kid in the city. A Jammu and Kashmir police personnel too won hearts when he saved an aged Kashmiri women from the onslaught of stone-pelters during Eid protests.