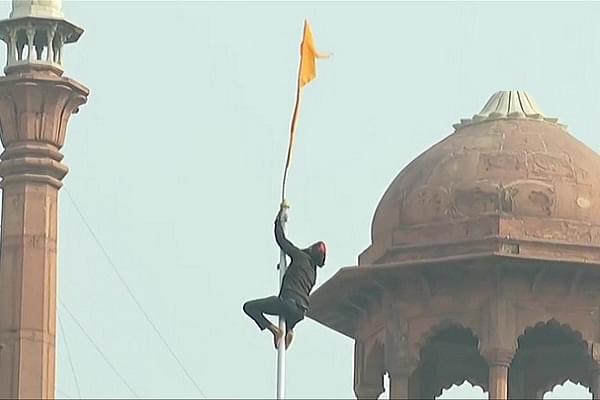 The protesters reached the Red Fort and tried to take down the gate. One protester has reportedly died after a tractor overturned. Farmers claim he was shot.

The incident happened on the DDU Marg near ITO in Central Delhi. Farmers have wrapped the body in a national flag.

Latest reports say that the farmers have hoisted flags from the ramparts of the red fort.

#WATCH A protestor hoists a flag from the ramparts of the Red Fort in Delhi#FarmLaws #RepublicDay pic.twitter.com/Mn6oeGLrxJ