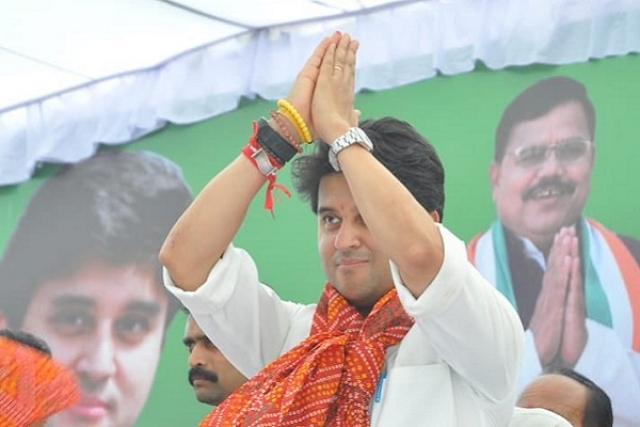 Senior Madhya Pradesh leader Jyotiraditya Scindia after being mobbed by media reporters at his residence, proceeded to wish them a happy Holi and avoided commenting on his exit from the Congress - a party whose member he was for 18 years.

He also declined to comment on the question of him joining the BJP, which may offer him a Rajya Sabha seat and a cabinet ministry.

Scindia, who in the last year had developed an increasingly strained relationship with the Congress, has been followed by 22 of his loyal MLAs, who too have quit the party, thereby pushing the Kamal Nath led Congress government into a minority.