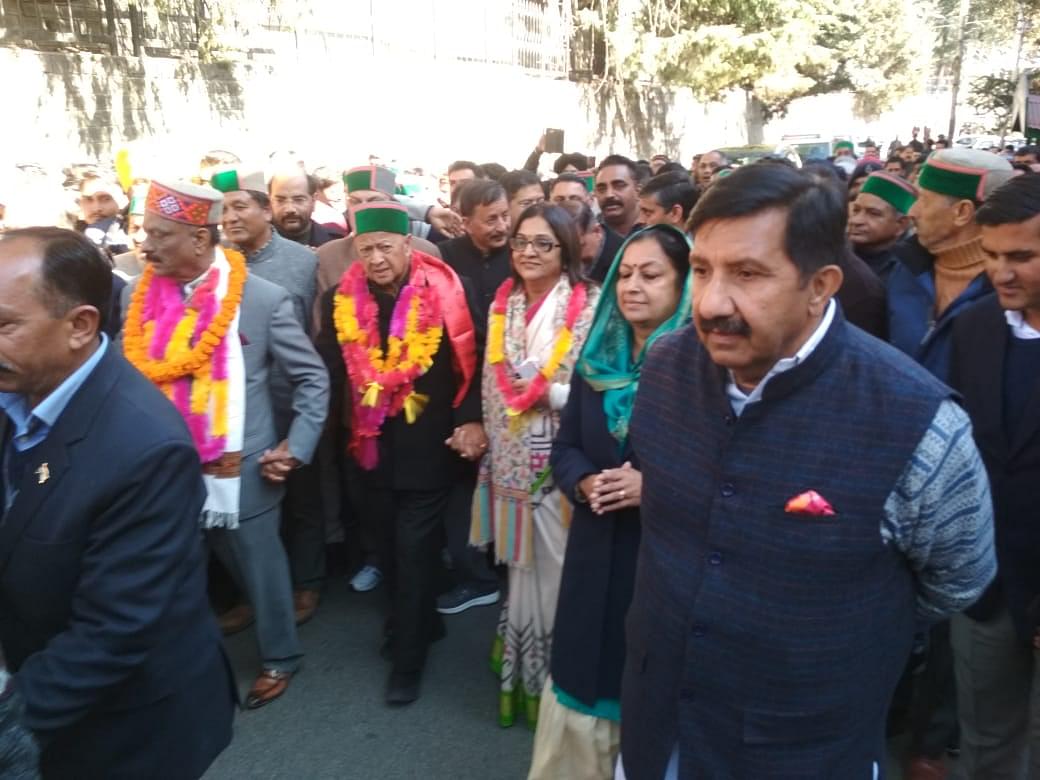 After the Congress president Rahul Gandhi appointed new chief of the Himachal Pradesh Congress, rival factions clashes at a public meeting, leading to chaos being disrupted in no time. Kuldeep Rathore has been appointed as the new chief of the party in the state. The incident happened on Thursday, January 17.

The Hindu reported that the incident took place when the appointment was made public in a meeting at the Congress Bhawan. Former chief minister Virbhadra Singh’s supporters clashed with outgoing president of Himachal Pradesh Congress Sukhvinder Singh Sukhu.

HImachal Pradesh Chief Minister Jayram Thakur has stated that it has been Congress’s culture to engage in such clashes. On the other hand, three PCC secretaries, Manjeet Thakur, Mahesh Sharma, Pradeep Verma have called for action against the miscreants. Congress leader and former CM of the state, Veerbhadra Singh has blamed the opposite faction, led by Sukhvinder Singh Sukhu, of causing violence.