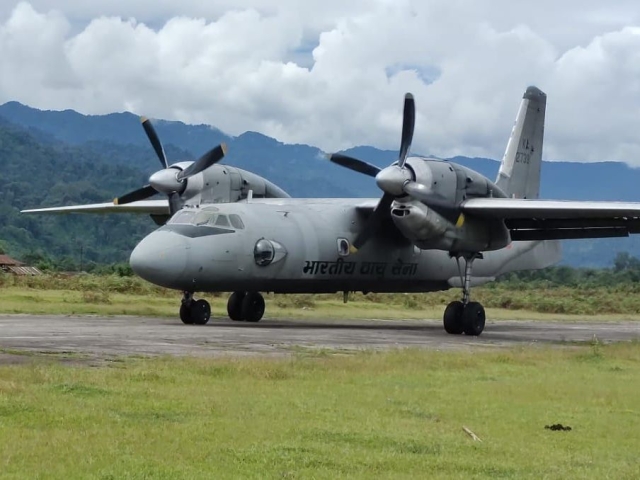 The IAF’s AN-32 at the Vijaynagar ALG. (via Twitter)

The resurfaced runway at the Vijaynagar Advanced Landing Ground (ALG) in Arunachal Pradesh was opened for operations on Wednesday (18 September).

Defence sources said it would help in the effective management of India's borders with Myanmar and facilitate joint operations between the Army and the Air Force. The landing ground is located in Changlang district in Arunachal Pradesh.

"The airfield is important not only for the administration to extend their reach to the remote areas but also from the strategic viewpoint of view since it's close to the borders of both China and Myanmar. Military transport aircraft connectivity is now available in this hamlet in the easternmost part of India. Connectivity will act as a catalyst of development," said an official.

Children singing âSaare Jahan Se Acchaâ on the occasion of the inauguration of the resurfaced runway at Vijaynagar ALG in Changlang District in Arunahcal Pradesh. pic.twitter.com/pUZ9kSxgHy

The Air Force Station at Jorhat oversaw the repair of the runway. All material was airlifted to the ALG with the help of transport helicopters since there was no road connectivity to the area.

The Vijay Nagar ALG has been opened after the launch of seven other ALGs at Pasighat, Mechuka, Walong, Tuting, Ziro, Along and Tawang.