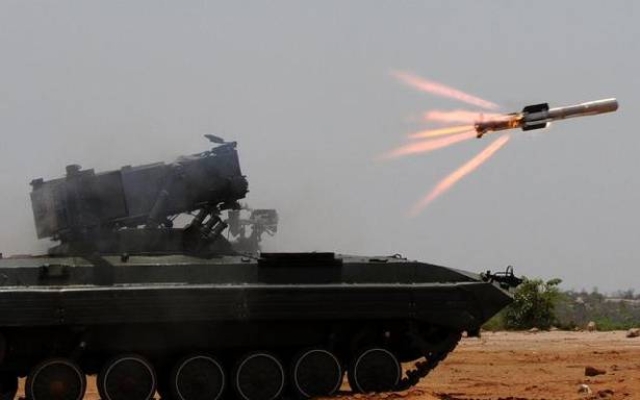 The Indian Army recently launched anti-tank guided missiles and artillery shells at Pakistani army positions opposite Jammu and Kashmir’s Kupwara sector. This action was a direct retaliation against the Pakistan Army’s persistent ceasefire violations aimed at pushing in terrorists across the Line of Control (LoC), ANI has reported.

ANI also released the video of the Indian Army’s action on the Pakistan Army positions.

Indian Army recently retaliated against similar ceasefire violations by Pakistan, which killed one Pakistan army soldier. This incident happened in the third week of February when Pakistan was attempting to send in terrorists from the Neelam valley.

Pakistan had carried out a ceasefire violation as recently as 3 March in J&K’s Poonch district which drew out a heavy retaliation from the Indian side, which went on for around ninety minutes.

The ceasefire violations from the Pakistani side have been going on for around a month. Earlier on 14 February, a civilian was killed in an unprovoked firing during a ceasefire violation by Pakistan in Shahpur and Kerni sectors in Jammu and Kashmir's Poonch.