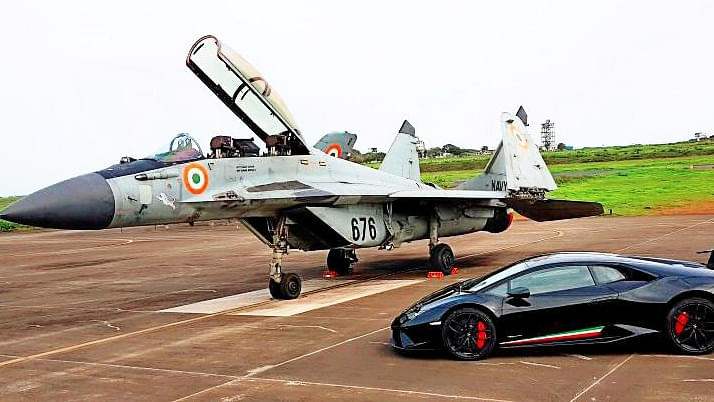 A video posted by Indian Air Force (IAF) veteran Air Marshal Anil Chopra, showing one of the Indian Navy’s MiG-29K fighters from the ‘Black Panthers’ squadron racing with a Lamborghini Huracan along the tarmac at Goa’s Dabolim airfield, has gone viral on social media, generating a buzz over what was going on.

Now, Livefist has revealed that the exercise was part of a cinematic shoot and the movie being made will be released during Navy Week in December.

"Today’s youth admire gadgets, fast cars and we want to inspire them to choose the Navy,” the Times of India quoted a naval officer as saying.

This is not a new exercise. In 2014, the IAF had organised a race between a Su-30MKI and a Lamborghini Huracán for Autocar magazine.