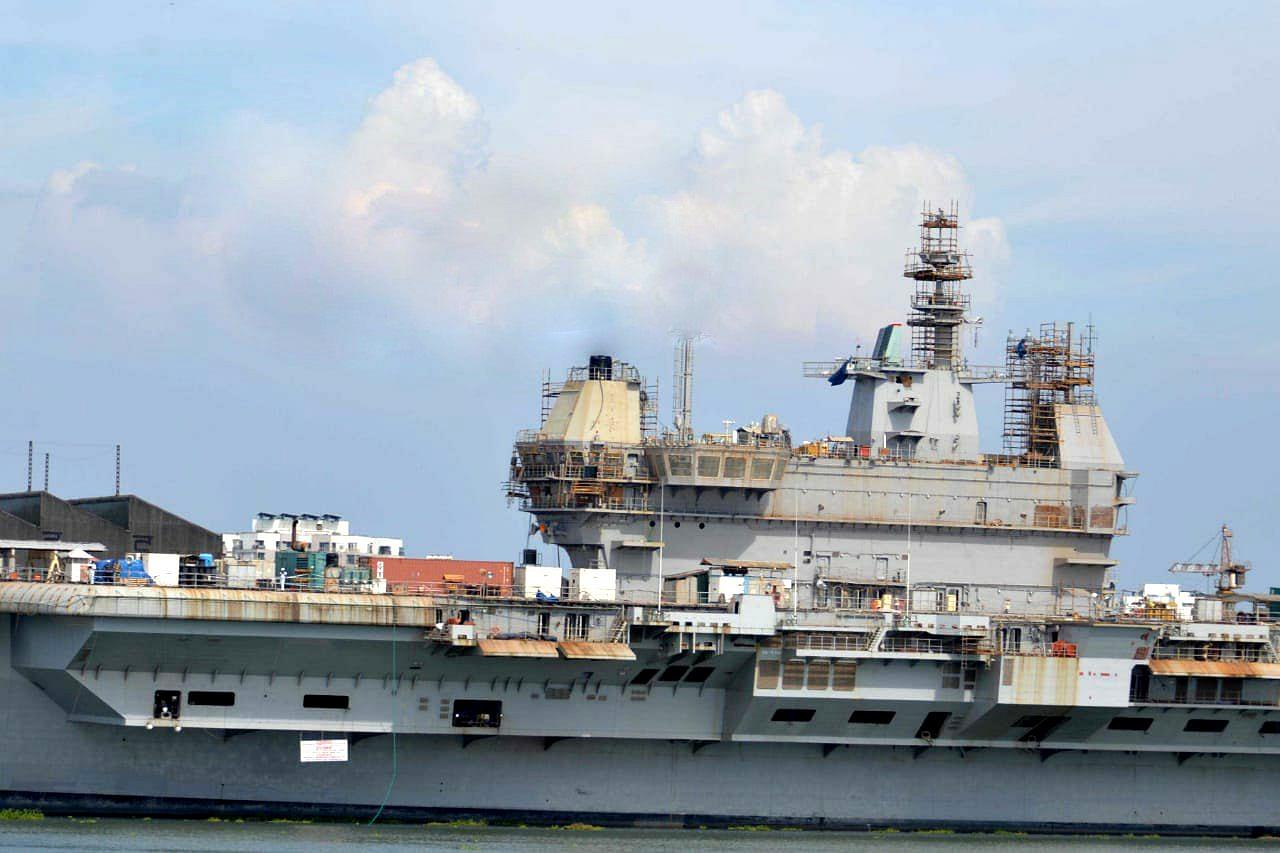 New pictures and videos of India’s first indigenous aircraft carrier, also known as IAC-1 and Vikrant, have emerged on the internet.

The under-construction aircraft carrier can be seen in pictures and videos which capture the landing of a seaplane from the Maldives in the Venduruthy channel in Kochi on Sunday (25 October) for refueling.

The aircraft was heading towards Gujrat’s Ahmedabad, where it will fly between the Sabarmati riverfront and the Statue of Unity.

Reports suggest that the indigenous aircraft carrier is likely to undergo basin trials this month. Basin trials were earlier scheduled to take place in September but could not happen due to slow progress on construction and outfitting amid the Covid-19 pandemic. Sea trials are likely to take place in December.

The harbor trials of the ship, which is in the last stage of construction at the Cochin Shipyard, were completed in August this year.

With Vikrant likely to be inducted by the end of 2021, the Indian Navy is planning to lease a 260 meter berth at L&T shipyard in Kattupalli (near Chennai) for a period of eight years as the planned base near Vishakhapatnam is not ready yet.

Navy Chief Admiral Karambir Singh had visited the Cochin Shipyard in September this year to take stock of the progress made in the project.