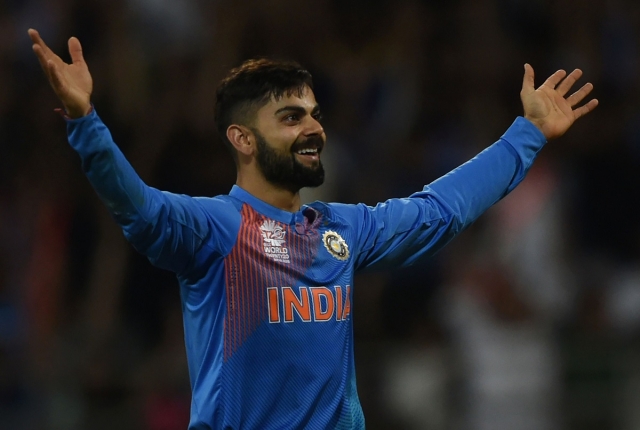 Captain of the Indian Cricket team Virat Kohli could not believe his eyes when Mahendra Singh Dhoni hit a mammoth six during India’s World Cup match against Australia.

The incident happened in the first ball of the forty-eighth over when Dhoni dispatched Michael Stark’s medium-length delivery for a huge 87 metre long six on the leg side.

Here is the sir #Dhoni's six which surprised everyone including #kohli. #Dhoni's back to back boundaries in a row. | #INDvAUS | #DhoniSix | #Kohli | pic.twitter.com/hP582KciK8

While the crowd and the commentators went on a tizzy following Dhoni’s six, his strike partner Virat Kohli could barely believe his eyes and watched the ball sail over the fence while freezing in his steps.

Moments later he could be seen grinning while looking at Dhoni and was later also seen expressing his delight at the shot.

India ultimately scored 352 runs in 50 overs at the loss of five wickets, with Dhavan being the highest scorer for India by scoring 117 runs off just 109 balls.