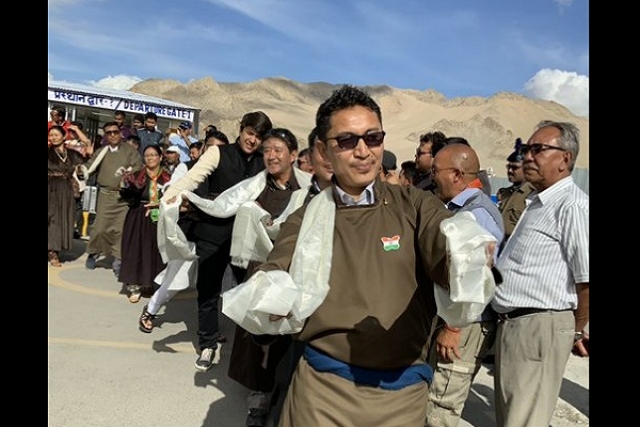 Ladakh BJP MP Jamyang Tsering Namgyal who recently wowed the nation with his speech welcoming the abrogation of Article 370, participated in a dance with Leh local while celebrating India’s 73rd Independence Day, ANI has reported.

In the video Jamyang can be see leading a dance troupe of fellow locals which drums and other musical instruments create a riveting background score.

Jamyang the first time MP from Ladakh in his Lok Sabha speech shot down critics of Article 370’s revocation by asserting that the only impact will be on ‘two families’ who would lose their livelihood as a result.

Namgyal recounted how Ladakh has been fighting for an Union Territory status for the last 71 years and noted how the region never wanted to be a part of Kashmir.

Also Read: All You Need To Know About Ladakh MP Jamyang Tsering Namgyal Who Wowed Lok Sabha With His Speech