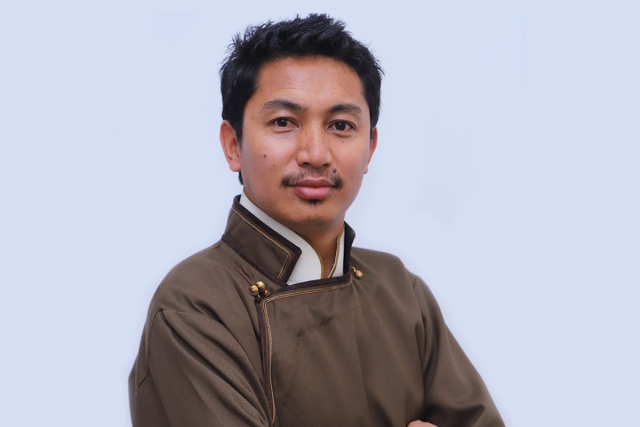 The Member of Parliament from Ladakh Jamyang Tsering Namgyal today wowed various Parliamentarians including Prime Minister Narendra Modi and Home Minister Amit Shah with his Lok Sabha speech hailing the removal of Article 370 and conferment of an Union Territory status to Ladakh.

With Namgyal receiving high praise from various quarters, here’s a brief profile of the 34-year-old MP who was one of the youth leaders projected by the BJP alongside South Bangalore MP Tejaswi Surya.

Born on 4 August 1985 in Matho village falling under Ladakh’s Leh Region, the 34-year-old Namgyal plunged into student politics while pursuing his Bachelors in Arts (BA) degree at the University of Jammu. He served as the President of All Ladakh Student Association, Jammu for a year.

Namgyal entered mainstream politics after his graduation and became a member of the BJP in 2012. Namgyal was tasked with managing the 2014 Lok Sabha campaign of BJP leader Thupstan Chhewang. He had earlier served as the private secretary to Chhewang for a period of three years.

His campaigning efforts were successful and Chhewang won the seat with a razor thin margin of 36 votes.

Namgyal plunged into mainstream politics after deciding to contested the 2015 Ladakh Autonomous Hill Development Council (LAHDC), Leh elections for the post of councillor. The BJP gave him a ticket from the Martselang constituency.

He tasted electoral success and won the poll with a record margin of 825 votes. During his time as a counsellor he was credited for ushering in transparency by digitally publishing his constituency report and for fighting for the rights of students in the region.

He won a major promotion after being elected as the youngest ever Chairman of the LAHDC in 2018. He was elected unanimously in the backdrop of a revolt in the party.

National politics came calling for Namgyal when the BJP decided to field him as its Lok Sabha candidate from Ladakh. His electoral prospects brightened up after the entire Leh unit of the PDP led by its president Tashi Gyalson joined the BJP.

Despite reported resentment among senior regional leaders over his candidature, Namgyal won from the seat with a margin of almost 11,000 votes and a lead of almost 10 percentage points over his nearest opponent.

His biggest political demands have been an Union Territory status for Ladakh, and inclusion of the Bhoti language in the Eight Schedule of Indian Constitution.

Namgyal comes from a humble background with his father serving as a carpenter in Military Engineering Service. He is married to Dr Sonam Wangmo who is a government servant.

He has been hailed for making it big in politics despite not coming from any influential family or political background. His total assets as declared in his electoral affidavit fall shy of Rs 10 lakh.

Also a writer in his free time, Namgyal has published a collection of poetry named Nyam-rtsom Gyi Leg-skyes.

Also Read: Ladakh MP Jamyang Tsering Namgyal In Lok Sabha: The One Speech In Parliament Today That You Should Know