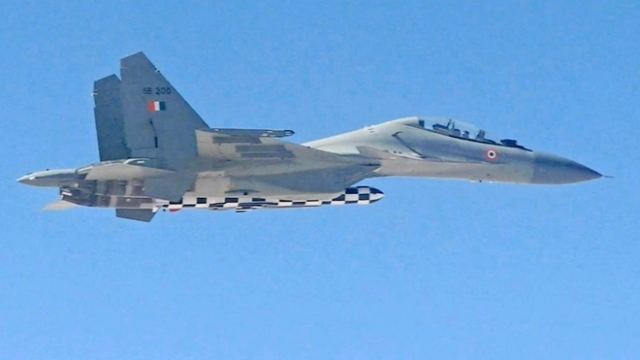 India today successfully test-fired a nuclear-capable BrahMos-A supersonic cruise missile from a modified Su-30MKI fighter aircraft of the Indian Air Force (IAF) against a sea-based target over the Bay of Bengal, Livefist has reported.

The air-launched missile was gravity dropped from the fighter’s fuselage (the main body of an aircraft). The missile’s engine soon fired up and propelled it towards the intended target at sea in the Bay of Bengal.

A Su-30MKI fighter successfully flew with a BrahMos-A missile on its belly hard-point for the first time in June 2016. Here's an older video of the fighter, modified to carry the 2.5-tonne BrahMos-A, taking off with the missile for the first time:

India plans to modify at least 42 Su-30MKIs to carry the air-launched BrahMos-A, two of which have already undergone structural and software changes. Effort are currently underway to arm IAF’s upgraded MiG-29s, Rafale jets and Indian Navy’s MiG-29Ks with the missile. For this, lighter and smaller-diameter versions of the supersonic cruise missile are also being developed.

Also Read: Why Su-30MKI Plus BrahMos Will Be India's Most Potent Weapons Package