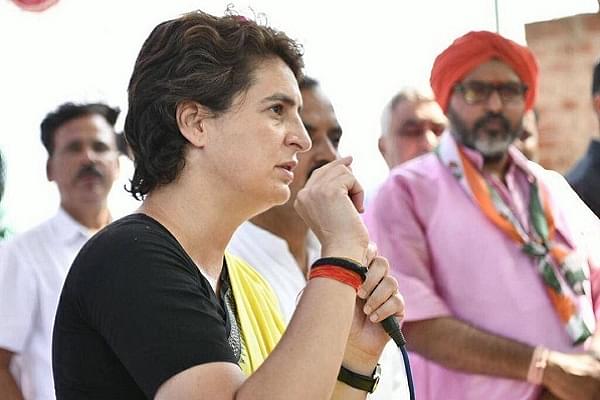 An aide of Priyanka Vadra manhandled and threatened to assault a journalist after he questioned the Congress general secretary over Article 370’s abolition.

In the video the journalist can be seen requesting Priyanka Vadra to provide her views on Article 370’s abolition. The Congress leader tried to avoid the question following which her aide pulled the journalist and threatened to assault him.

“Yahin baja dunga tumhe, marunga to gir jaoge (I will beat you here only, if I hit you you will collapse)“, threatened Priyanka’s aide. The aide also tried to stop the cameraman from recording this act.

The journalist refused to back down and urged him to carry out his threats. The journalist also tried to draw the attention of Priyanka Vadra to her aide’s actions.

As the argument continued, Priyanka Vadra’s aide accused the journalist of being on BJP’s payroll.

Priyanka Vadra recently criticised the abolition of Article 370 which she alleged was “totally unconstitutional” and done without due process.