[Watch] ‘Today I Am So Happy’: Emotional J&K Sanitation Worker Narrates Plight Of Valmikis Under Article 370 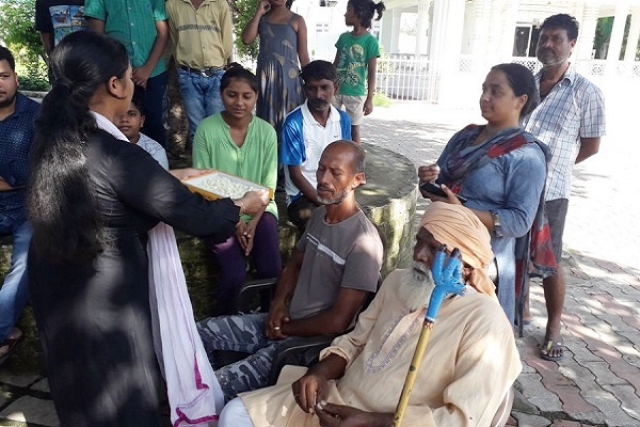 The Valmiki community in Jammu and Kashmir (@PoojaShali/Twitter)

An emotional sanitation worker belonging to the Valmiki community of Jammu and Kashmir narrated his and his family’s plight at the discrimination they faced due to the presence of now abolished Article 370 in the state.

As per a report by India Today’s Pooja Shali, the Valmiki community members were never given a Permanent Residence Certificate (PRC) required for state government jobs under Article 370 and thus are forced to work as sanitation workers till date.

As reported, members of this community today numbering approximately 8,000 were brought to the state from Punjab in 1957 to be employed as sanitation workers in response to union protests.

One such individual, who works as a sanitation worker in an emotional account described how his daughter failed to get a government job (despite clearing the examination) as she did not hold a PRC.

Listen to this man crying. #Article35A

"I am Sanitation worker. Remained hungry, saved money to take her to exam centre. She cleared but was denied due to PRC Residency."

He worked as Sanitation worker - with low wages, in hope for children future. Family not allowed a Govt job pic.twitter.com/dQinf8Hccq

In the video, the man can be seen choking up with tears while expressing his happiness at Article 370’s removal. He recounted how he went hungry and saved money to get his daughter educated to help her take government exams but the draconian act ultimately denied her a job.

The daughter narrated how she had applied for a job at the Border Security Force (BSF) under the state quota but had to return empty handed. She added how while she wanted to ensure a better life for her family, she had to stop her studies to earn a livelihood.

“Now that Article 370 is removed, we feel that our dreams would be fulfilled”, the girl was quoted as saying.