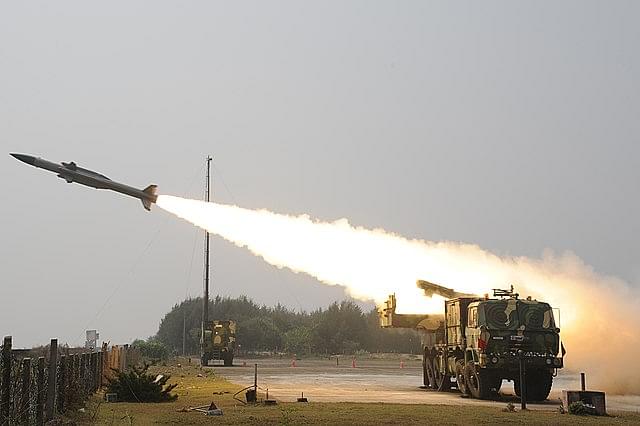 Defence Research and Development Organisation (DRDO) on Monday (27 May) successfully test-fired a new version of the Akash surface to air defence missile system with a new indigenously developed seeker from Integrated Test Range in Chandipur, Odisha.

This was the second successful test of the missile in two days as the DRDO had also test-fired the missile system on 25 May, reports Economic Times.

Akash MK1S is an upgrade of existing Akash missile with Indigenous seeker. It is a medium range Surface to Air Missile with multi-target engagement capability.

The Akash weapon system has combination of both command guidance and active terminal seeker guidance.

According to an official Ministry of Defence statement, the seeker and guidance performance was consistently established in both the missions.

Akash missile is a medium range Surface to Air Missile with multi-target engagement capability and a range of around 25 km up to the altitude of 18,000 m. It uses solid propellant for the booster and ramjet rocket propulsion for the sustainer phase.

The DRDO is also developing several variants of the missile - Akash MK1, Akash MK2 with improved accuracy and higher ranges.