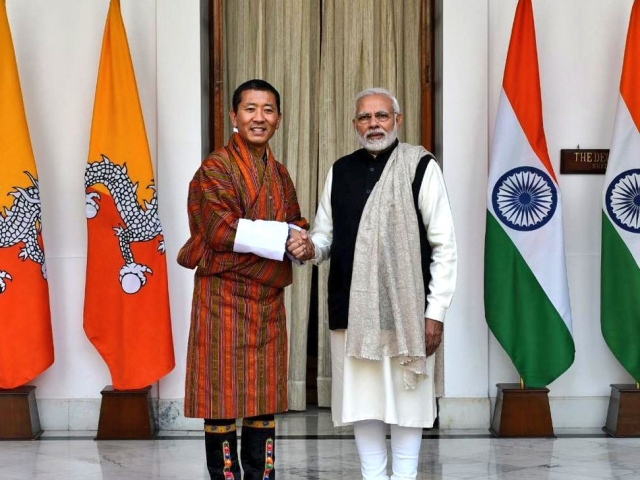 The government on Friday (26 June) said that the water supply from Bhutan to India for irrigation purposes in Assam, had been blocked naturally and not out of any tension between the two countries.

On Thursday, IANS had reported that Thimphu has stopped releasing channel water for irrigation along its border with India near Assam, affecting thousands of farmers in 25 villages of the region.

Official sources told IANS on Friday that it was not true.

"In fact, the Bhutanese side has categorically denied saying that they have been doing repairs in channels to ensure smooth flow of water to Assam."

The actual reason, he said, is "the natural blockage of informal irrigation channels into Indian fields".

Bhutan has been actually helping to clear the blockage, Krishna tweeted along with the pictures of dozens of people working on fixing the channel.

The editor of The Bhutanese newspaper in ThimpHu, Tenzing Lamsang had earlier in a series of tweets said HAD said that every year Bhutan allows Assamese farmers to come across and divert section of a river in Bhutan into channels that irrigate few farms in Assam.

"This year border is sealed to all foreigners due to COVID-19," he said adding that even Bhutanese coming into Bhutan since March have to undergo a mandatory 21-day quarantine and tests before being released into the population.

"This is how we have prevented community transmission so far. Please don''t politicize this or draw non-existential inferences. Situation is not as heartless as it is being made out to be as local government on Bhutan side there had earlier agreed to maintain those water channels," he tweeted.

However in monsoon, sudden rainfall and floods also damage Bhutanese irrigation systems including the drinking water in Thimphu, Lamsang had said.

Sources in Guwahati had said that farmers staged a protest against the blocking of water which flows from a man-made irrigation channel ''Dong'' for growing paddy.

The channel has been used by farmers of Bhutan and India in the region since 1953.