‘We Are Duty Bound To Abide By The Court’s Ruling’, Says TDB President Padmakumar Ahead Of SC Verdict On Sabarimala 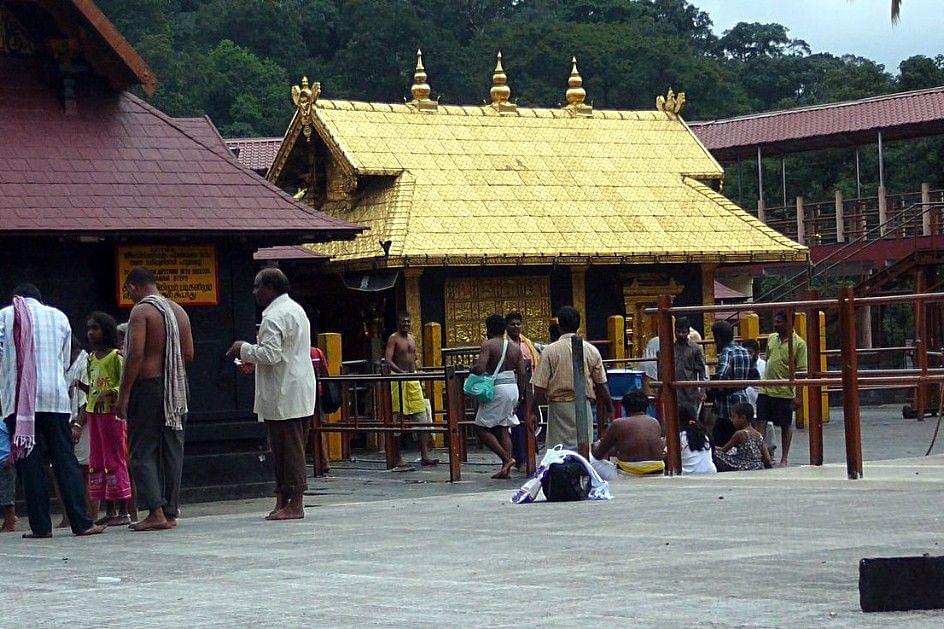 With the Supreme Court set to deliver its final verdict on a batch of petitions seeking re-examination of its decision to allow entry of women of all age group to the famed Sabarimala temple on Thursday, the Travancore Devasom Board (TDB) said they will abide by the top court's decision.

TDB is the body that looks after the administration of most temples in South Kerala districts, including Sabarimala.

At present, TDB is headed by former CPI-M legislator A Padmakumar.

"The final verdict will come tomorrow. We are duty bound to abide by the court's ruling," Padmakumar told the media persons.

"I have full faith in the SC and whatever is the verdict, both the TDB and the government will accept it," said Padmakumar, whose three-year-term will end tomorrow (14 November).

It was on 28 September last year that the apex court allowed women of all ages to enter the temple and following that it was a free for all between right-wing forces which stood guard and chased away women in the age group of 10 and 50, with the Kerala Police trying their best to see that the verdict was adhered to in letter and spirit.

The top court is now expected to give its final verdict after 64 review petitions have been filed asking the apex court to ensure that traditions and culture of the famed temple is protected.

Meanwhile State Minister of Devasoms (the body that looks after all temples in Kerala) Kadakampally Surendran said let the verdict come.

State BJP spokesperson M.T. Ramesh said that he expects a verdict which will favour the believers.

"The BJP is expecting a positive verdict that will protect the temple tradition and culture. Should it be otherwise, other constitutional ways would be looked into," said Ramesh.

Incidentally, Prime Minister Narendra Modi, while on his campaign at the recent Lok Sabha polls in the state, had assured that the Centre would make efforts to provide constitutional protection for the state's faiths and beliefs.

Besides its poll manifesto, BJP had made a mention of the Sabarimala controversy, saying it would "endeavour to secure constitutional protection on issues related to faith and belief".

The Congress had time and again asked the BJP government to see that appropriate amendments are done to protect faith and tradition.

Meanwhile, all arrangements are in place for the two-month-long festival season of the famed Sabarimala Ayyappa temple in Kerala that opens for pilgrims on Sunday.

The Kerala Police has made the routine security arrangements by posting around 2500 police officials in and around the temple complex, which has been the practice.