'We Cannot Tolerate This Arrogance': Uganda Cracks Down On Social Media Big Tech Over Electoral Interference 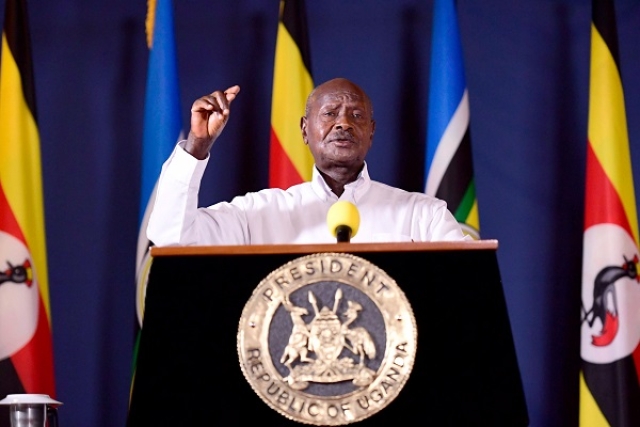 Ugandan President Yoweri Museveni in a address has announced a crackdown on social media giants like Facebook, Twitter, WhatsApp and other platforms over reported electoral interference which has included blocking pro-government accounts.

This crackdown reportedly involves blocking social media platforms ahead of the national polls.

@KagutaMuseveni : Uganda is ours, it's not anybody's pic.twitter.com/7QQYjku4Ke

President Museveni in an address alleged that Facebook reportedly blocked accounts favouring the ruling NRM ahead of the polls, while adding that if it wants to operate in Uganda it should be used equitably.

"Uganda is ours, not anybody's...no way anybody can come and play around with our country to decided who is good and bad, we cannot accept that", said President Museveni.

"We cannot tolerate this arrogance of anybody coming to decide for us, who is good and who is bad, that we cannot accept", he added.

Earlier Twitter had cried foul over this decision, while confirming that it had indeed suspended a number of accounts "targeting the Ugandan elections", in close coordination with its "peers".

Twitter was called out for its hypocrisy by many who pointed out its permanent ban of US President Donald Trump and a virtually unilateral crackdown on conservative voices.