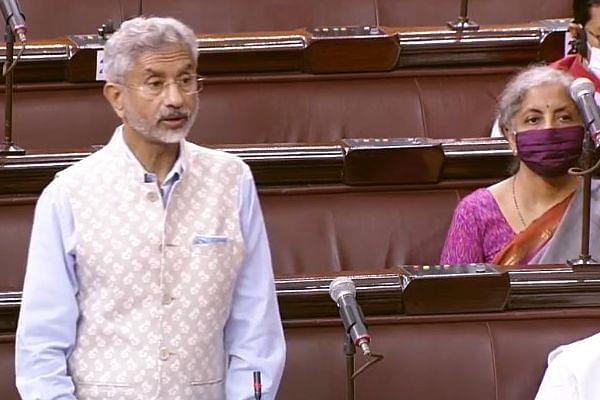 External Affairs Minister S Jaishankar in Rajya Sabha today said that the government had engaged with the countries in the Middle East to explore the opportunities for restoring the jobs for Indians which were lost due to the COVID-19 pandemic.

“Just as the Government has led the way for an economic recovery at home, we are also similarly untiring in our efforts to help renew livelihoods of our people abroad. The air travel arrangements are a necessary enabling measure,” Jaishankar was quoted as saying by ANI.

"But beyond that, we have been active in urging our partner governments to look sympathetically at the employment of our citizens as they chart their own recovery pathway. Gulf has been the focal point of our endeavours, though this is a global effort on our part,” he added.

"In recent months, the Prime Minister has engaged the leaders of Saudi Arabia, UAE, Qatar and Oman. Under his directions, I have travelled even during the COVID period to UAE, Qatar, Bahrain and Oman to discuss with the governments there the welfare of our people,” the minister said.

"Because of restrictions at their end, such travel was not possible to Saudi Arabia and Kuwait. But I've been in regular touch with their Foreign Ministers... I have also recently hosted UAE Foreign Minister in India, and expect to do so with that of Kuwait very soon,” he told in Rajya Sabha.