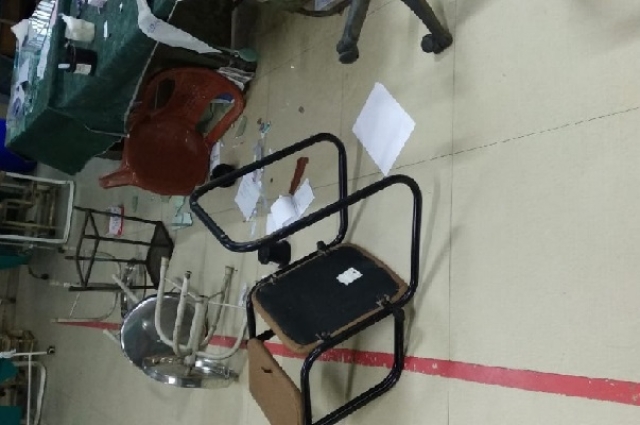 In a shocking incident, a state-run hospital in West Bengal was vandalised by friends and family members after the death of a patient on Friday (1 May) morning, reports NDTV.

As per reports, a 56-year-old patient, identified as Akhtari Begum, was rushed to Sagar Dutta Hospital and Medical College at Kamarhati in North 24 Parganas in West Bengal due to severe breathing issues.

However, her condition deteriorated and within a few hours she passed away. After her death, the angry relatives and friends smashed the glass windows and ransacked the emergency ward. A number of healthcare workers were also attacked by the unruly mob and some of them were injured.

West Bengal: Relatives of a patient who died in the hospital during treatment, allegedly vandalised Sagore Dutta Hospital and Medical College at Kamarhati (North 24 Parganas district), yesterday. Police have arrested 3 people in connection with the incident pic.twitter.com/bGo9DhBFnU

As per reports, the police deployed outside the hospital was outnumbered by the unruly mob. Consequently, a huge police force from the Belghoria police station had to be rushed to the hospital to bring the situation under control.

Police have arrested 3 people in connection with the incident.