‘Whatever Has To Be Cut Is Cut’: Solicitor General After SC Imposes Stay On Cutting Of Trees In Aarey Colony 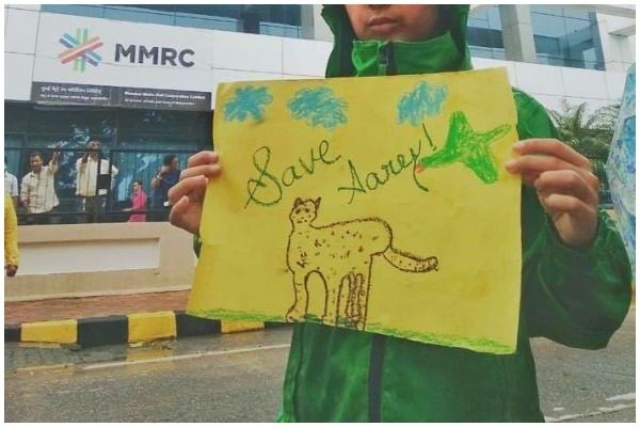 The Supreme Court on Monday (7 October) imposed a stay on any further cutting of trees till further notice in Mumbai’s Aarey Milk Colony, Live Law has reported.

Solicitor General Tushar Mehta who appeared for the government assured that there won’t be any more cutting of trees and added that whatever trees had to be cut (to clear the land for Mumbai Metro carshed) have been cut.

SG- whatever has to be cut is cut, there won't be further cutting#Aarey

The petition was heard by a vacation bench comprising of Justices Arun Mishra and Ashok Bhushan. The bench also directed the release of all environmental activists detained while protesting against the cutting of trees. The matter would be next heard on 21 October.

During the course of the hearing the Solicitor General assured the court that the environment is a major concern for everyone and cited the saplings planted by Mumbai Metro Rail Corporation Limited (MMRC).

He also added that the environment bench of the Supreme Court can examine the legality of the trees which have been cut after it returns back from the vacation.