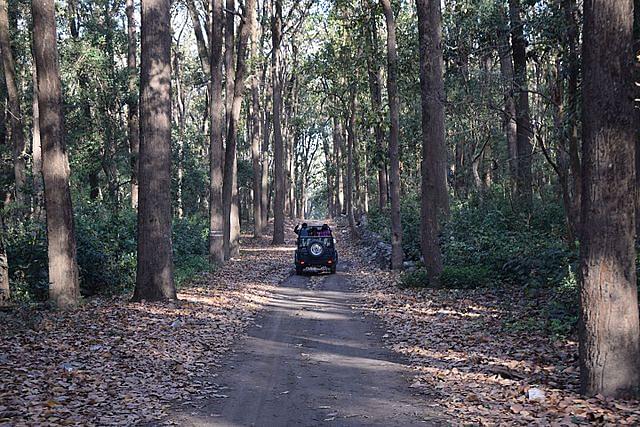 Uttarakhand High Court’s orders to ban night stay and restricted movement of vehicles have negatively impacted the number of tourists visiting the Corbett Tiger Reserve (CTR), The Tribune has reported.

According to the report, local traders said that the volume of tourism business at the CTR has come down significantly after the High Court ordered ban on night stay at forest rest-houses and put a restriction on number of vehicles entering the reserve.

A division bench of Uttarakhand High Court in its order on 10 August stated, “We are of the view that no tourist should be permitted to stay overnight in national parks, protected forests and reserve forests in order to protect wildlife.”

The same bench, in an earlier order, had restricted the number of vehicles entering different zones of CTR per day to 100.

Director of CTR Rahul said that a large number of bookings have been cancelled after the High court order of banning night stay in different zones of the reserve including Dhara, Jhirna,Dhela, Bijrani and Dhikala.

The reserve, popular among tourists from across the country and abroad, is facing substantial loss due to this, he said.

Kiran Sagar, manager of a resort in Sitabani in the buffer zone of Corbett, said that the volume of tourism related business had recorded a fall of about 50 to 60 per cent in the reserve. After the high court ban not more than 20 Gypsies can enter the zone in a day, he added.

A large number of bookings have been cancelled and visitors are choosing Ranthambore, Kanha and Bandhavgarh tiger reserves instead, he said.