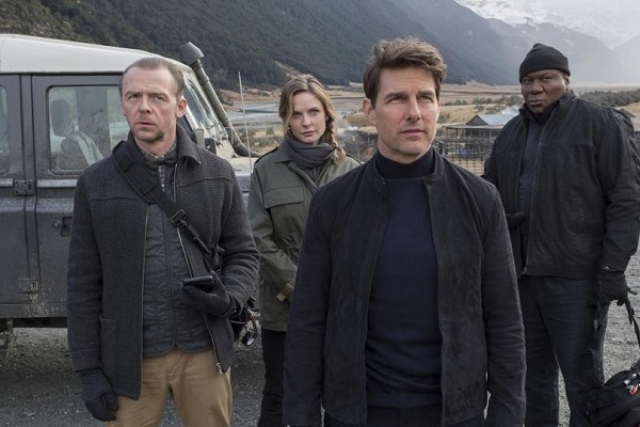 A Still From Mission Impossible: Fallout

In his address to the nation earlier this evening, Prime Minister Narendra Modi stated how various industries could come together as enablers for development in the Union Territories of Jammu and Kashmir and Ladakh.

From herbal products to tourism, and from fruits to the saffron the state has been known for its local produce. The PM emphasised on how development could usher a new era for the people of the two newly formed UTs.

The PM, in his address, also pointed out as to how the state of Jammu and Kashmir was a favourite for Bollywood producers and directors for their movies. Some of the well-known movies that were shot in the state include A Passage to India, Bobby, Dil Se, Yahaan, and more recently, Uri-The Surgical Strike, Fitoor, Rockstar, and Highway. Yash Chopra, the founder of Yash Raj Studios, shot a major part of his last movie, Jab Tak Hai Jaan, in Kashmir.

The sixth movie in the Mission Impossible franchise, Fallout’s final act is set in Kashmir where the main protagonist Ethan Hunt, played by Tom Cruise, fights against time and gravity to defuse a nuclear bomb. Fallout alone earned more than Rs. 36 Crore in India on its opening weekend. However, the makers had to settle for an alternate shooting destination, and whatever the audience saw of Kashmir in the movie was New Zealand.

The filmmakers also got into the trouble with the Central Board of Film Certification for their terminology, calling the state as ‘India-controlled Kashmir’ and depicting incorrect maps that misrepresented the boundaries of the state.

Earlier, the franchise’s fourth part, Ghost Protocol, had some sequences that were set in Mumbai, but due to restrictions, the same parts had to be shot in Dubai.

With Tom Cruise not giving up the role of Hunt anytime soon, one wishes that the removal of Article 370 will get him back to the new Union Territories for another shoot.