‘Who Brought NRC? Did Congress Bring NRC To Keep It In Showcase?”: Amit Shah Answers Questions On Nation-wide NRC 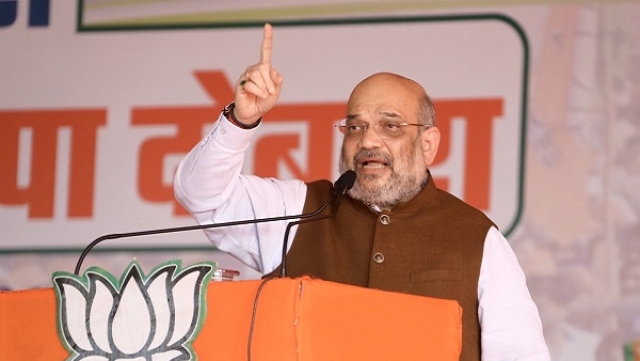 Shah said that NRC was not conducted on the basis of religion of anyone.

“Anybody who is found as a foreigner under the NRC would be deported. To say that NRC is against Muslims is wrong,” he said.

In 1985, the proposal of NRC was accepted after Assam Accord, and citizenship act was amended in 2004. Further, Rule 4 was added in 2009. All these changes occurred when UPA was in power. And now they are questioning us over a law they framed when they were in power.”

“Did you make this law to keep it in the showcase? If you didn’t consider it necessary, why did you pass the law?” Shah asked.

Kanwal then questioned Shah about the changes in the demographics, especially in Assam, after CAA.

Shah said that CAA shouldn’t been seen in connection to constituencies.

“If you want to understand this matter in detail, you will have to understand the history. First of all, it is the bitter reality that while the Partition should’ve never happened on the basis of the religion, it did happen. Congress surrendered to the demand of the Partition and a Partition based on religion happened.”

“When the Nehru-Liaquat Pact of 1950 failed, it became the right of the minorities in Pakistan that they should be welcomed and given citizenship in India,” Shah said. He further gave details of how the Hindus were persecuted and had to flee to India to save their lives and dignity.

“Can someone live like this? Where will they go? Why will they not flee to India. When Nehru-Liaquat pact failed, they had the right to be given citizenship of India”

“Congress, for 70 years, forced these people to the life of living hell, only to appease its votebank”

Shah then quoted extensively from Nehru, Mahatma Gandhi, Rajendra Prasad, and even Congress Working Committee’s proposals to show that citizenship to these victims of persecution was promised by India after Partition.

Shah also pointed out that BJP had followed the law passed during UPA regimes, but was called communal. Apart from the NRC, Shah gave examples of the Acquisition of Certain Area at Ayodhya Act under which the Congress had committed to passing the title of the Janmabhoomi as per the Supreme Court judgement.

Also read: Turning The Tables On Protesters: How Amit Shah Quoted Nehru, Gandhi To Prove The Need For CAA