Turning The Tables On Protesters: How Amit Shah Quoted Nehru, Gandhi To Prove The Need For CAA 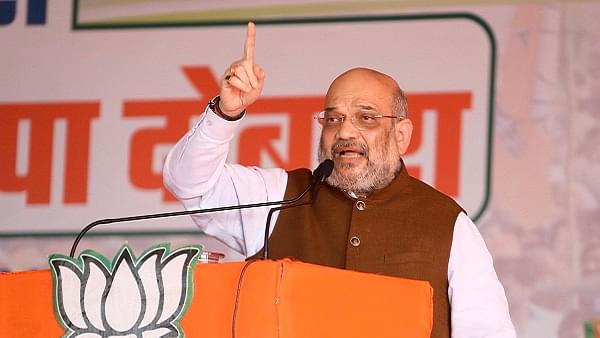 In an attempt to disperse the fake news being spread about the Citizenship Amendment law, in an interview to AAJ Tak, Home Minister Amit Shah extensively quoted freedom fighter, past as well as present Congress leaders as supporting the special provision of citizenship to persecuted Hindus in Pakistan.

“Those of our brethren separated from us due to political boundaries, who are watching us but cannot join us in our celebration of freedom, we are also concerned about them. Whatever happens, they are our own, and will remain so, forever. We will be equal participants in their happiness and sorrow, and whenever they want to come to India, we will accept them.”

“We are eager to rehabilitate those who are to be displaced, and have suffered a lot of hardships and inconvenience. Whenever, they decide to come to India, they will be welcome.”

Shah then took a jibe at Congress, saying that he will leave out Patel’s comments as Congress will not accept it. Shah then quoted from a 25 November 1947 proposal of Congress Working Committee:

“Congress is bound to give protection to all those non-Muslims [emphasis added] who, to protect their lives and dignity, have crossed-over the border, and come to India, or will come in the future [emphasis added]”

“The Hindus and Sikhs living in Pakistan, if they don’t want to live there, then they can come to India without a doubt. In this matter, to provide them with employment, citizenship, a life of dignity and happiness, is the first duty of the government of India.”

Shah moved on to the current Congress leaders, quoting Manmohan Singh, the former prime minister of India - who is currently protesting against the Act, as saying on 18 December 2003:

“Minorities in countries like Bangladesh are facing persecution, and if the situation forces them to, they come to India. In this case, it is our moral responsibility that we grant them citizenship. The government should think about it.”

“I want to attract your attention towards the displaced Hindus and Sikhs that have come to India from Pakistan. These people are illiterate, and come from the backwards SC, ST communities. They are living in extreme poverty. They are demanding Indian citizenship. They should be granted Indian citizenship immediately.”

In the interview, Shah clarified that the Citizenship Amendment Act wasn’t discriminatory at all.

CAA is, in fact, fulfilling the commitment made by India - its parliament, prime minister, governor-general, president and “over all of them, there is the commitment of Mahatma Gandhi”, said Shah, that Hindus, Sikhs, and other minorities will be welcome in India if they didn’t want to live in Pakistan.